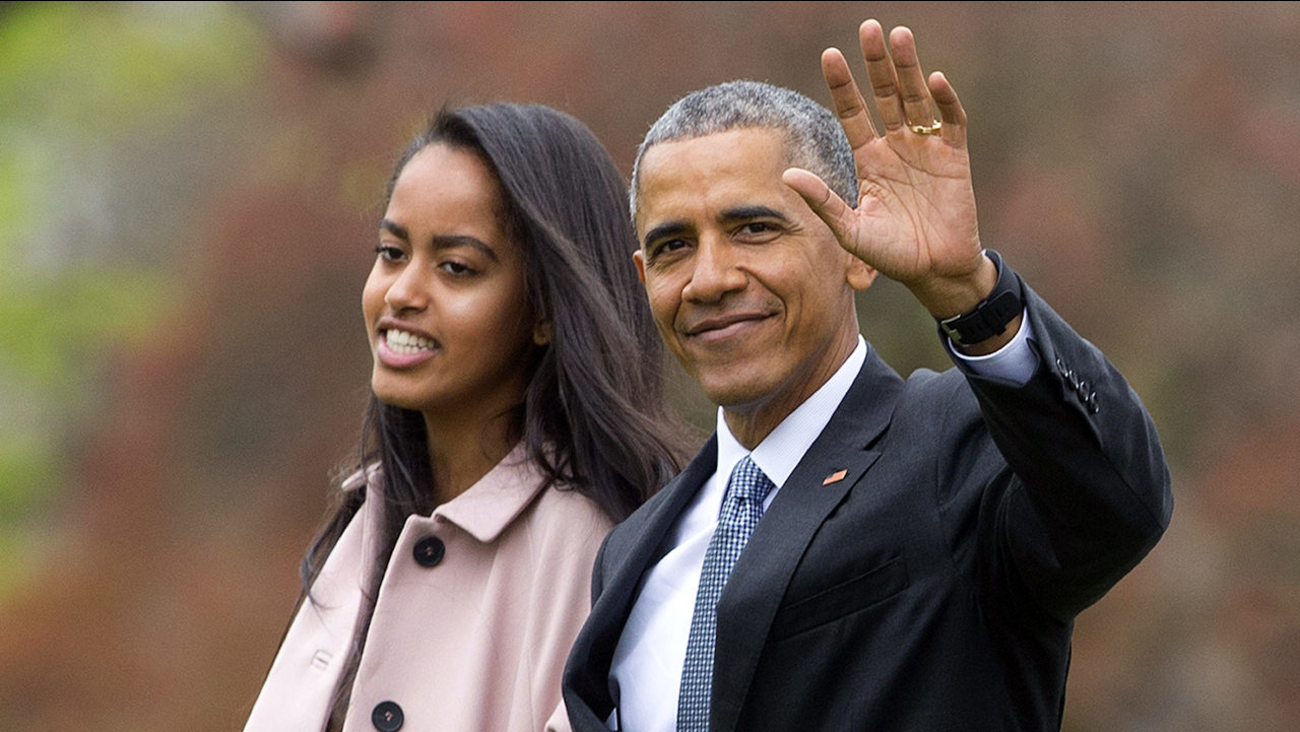 FILE - President Barack Obama and his daughter Malia on April 7, 2016.

The 30-year-old man first went on April 10 to the Tribeca building where she interns at the Weinstein Company.

Officials said he begged her to marry him, using a sign, and was escorted out by the U.S. Secret Service.

He was kicked out of a second building where she interns, this one in the West Village, on April 12.

Secret Service agents interviewed the man at his apartment the next day.

He was taken to a hospital for psychiatric evaluation.