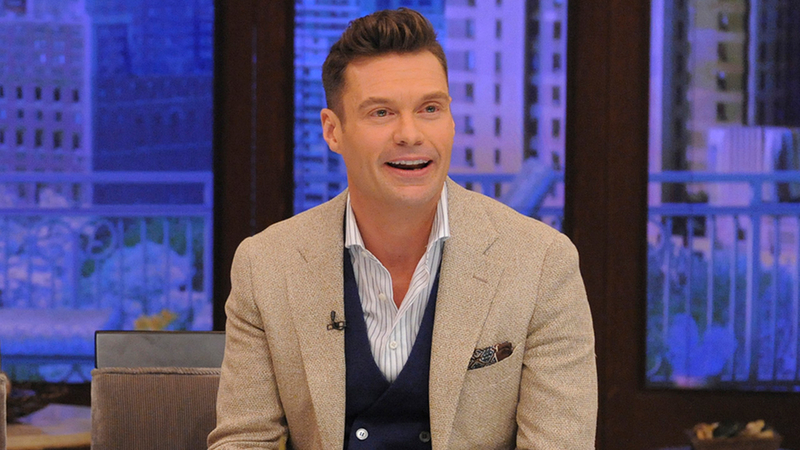 The new 'LIVE with Kelly' co-host is Ryan Seacrest

UPPER WEST SIDE, Manhattan (WABC) -- Ryan Seacrest was announced Monday as the new co-host of the now-aptly named "Live with Kelly and Ryan," and his debut was every bit as much a reunion with an old friend.

Ryan and Kelly met more than a decade ago while hosting a Disney Christmas day parade, and they have been friendly ever since. Their chemistry was evident during the first episode.

"There's nobody who brings what Ryan does to the table," Ripa said. "Professionalism, an ease, a family environment, which is very much like what we have here."

Ripa visited Seacrest at his home in Los Angeles, where he has lived for a long time, but his new schedule will require him to move to New York City. And to accommodate his national radio show, a new studio is being built near the Upper West Side location where producer Michael Gelman is in charge.

"the beauty of this job is that it fits into everything I do on a regular basis," Seacrest said.

He will begin every week in New York, as he did this Monday welcoming stars like Chris Pratt from "Guardians of the Galaxy."

"I hope to bring fun, authenticity and just connect with Kelly, as we have done over the years and with the people watching," he said. "It's about companions in the morning, and then we say goodbye."