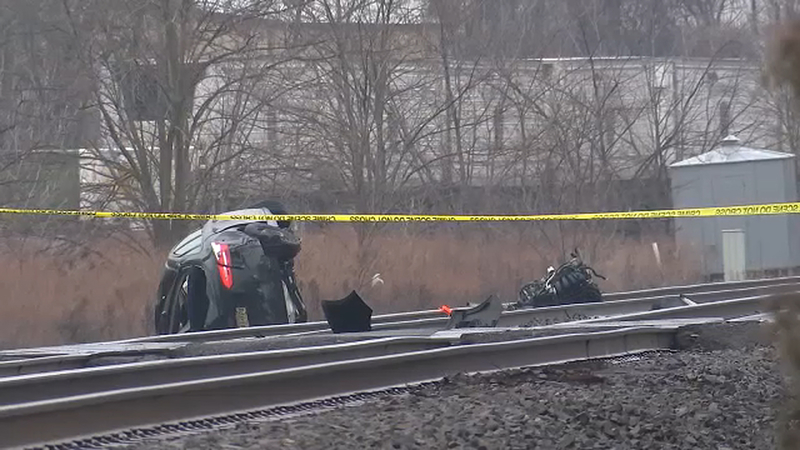 EDISON, New Jersey (WABC) -- Two people are dead and service was suspended on the Raritan Valley Line after a New Jersey Transit train hit a car in Edison Friday morning.

The 8:12 a.m. train out of Newark was headed to High Bridge when it struck the vehicle at the Cedar Avenue crossing just after 8 a.m.

New Jersey Transit police confirm two people inside the car, both women, are deceased after the decimated car was pushed over an embankment.

They were identified as 73-year-old Florence Obado, of New Brunswick, and 44-year-old Susan Mazurek, of Middlesex. Obado was the driver.

The train was carrying a total of 30 people, including crew members.

No other injuries were immediately reported.

Raritan Valley service was suspended in both directions between Plainfield and Raritan, resuming around 3 p.m. with delays of up to 45 minutes.

Bus service was provided to the people on board the train, stopping at each station along the route.

The cause of the crash is under investigation, and it is unclear at this time how the car ended up stuck on the tracks.

The preliminary investigation indicates the safety equipment at the crossing, including the signal, lights and gates, were all in proper working order