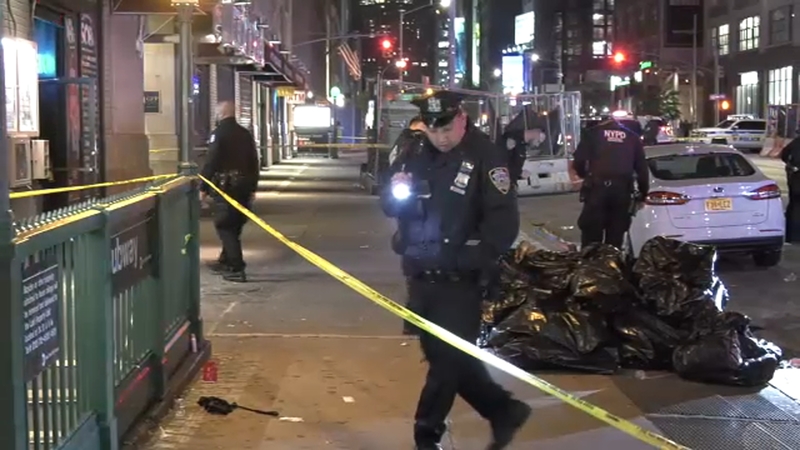 WEST VILLAGE, Manhattan (WABC) -- Two men were shot outside a popular Manhattan nightclub early Thursday, and police are searching for the gunman.

The victims, both in their 20s, were shot outside SOB's on Varick Street in the West Village around 1:40 a.m.

SOB, which stands for "Sounds of Brazil," is a well-known venue for live music.

Police described them as "somewhat uncooperative."

The suspect, a man in his 20s, was wearing a white T-shirt and fled on foot on West Houston Street.

The shooting stemmed from an unknown dispute.

Back in 2013, four people were shot inside the club. They all survived.