After Trump 'don't be too nice' quip, Long Island police dept. speaks up 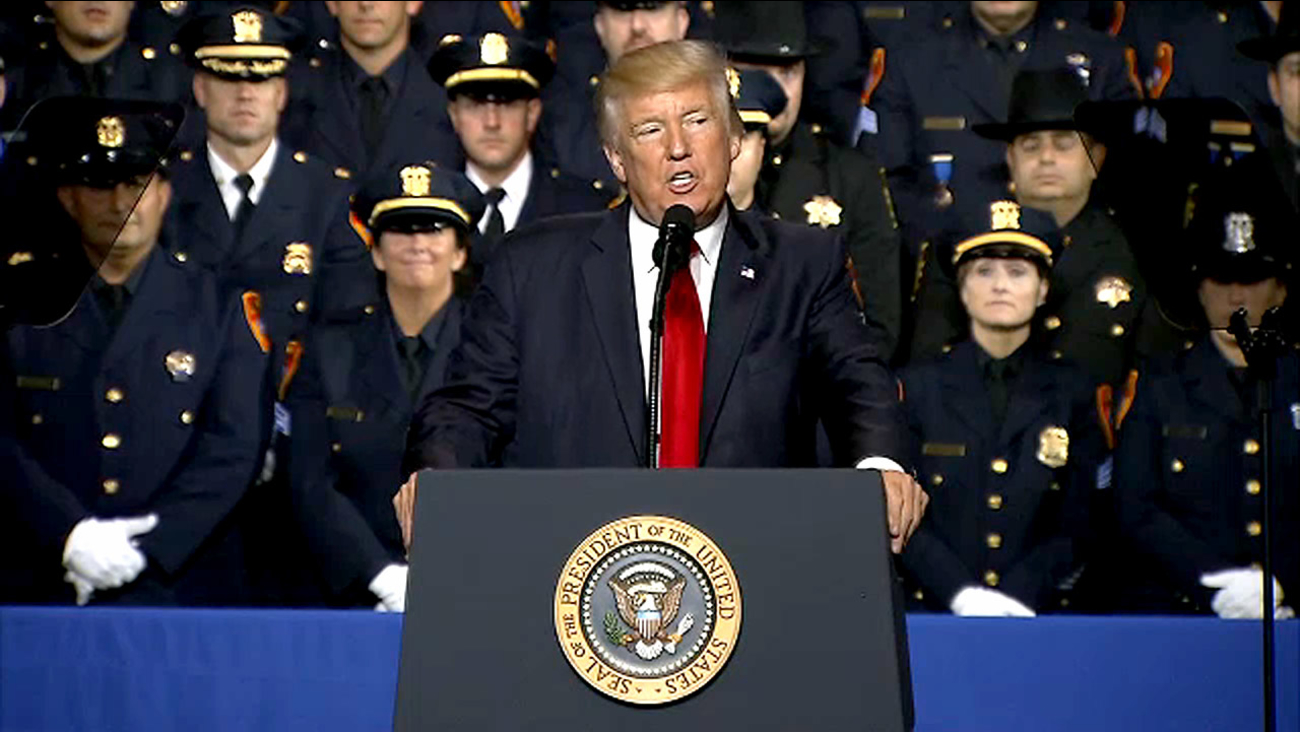 BRENTWOOD, Suffolk County -- President Donald Trump's remark that police shouldn't be 'too nice' to prisoners was made in a suburban New York county where a chief went to prison for beating a suspect.

And now the police department is explaining it won't tolerate brutality toward prisoners.

Addressing a law enforcement audience Friday in Long Island's Suffolk County, Trump spoke dismissively of officers who protect the heads of handcuffed suspects while putting them in patrol cars.

Hours after Trump's speech, the Suffolk County Police Department issued a statement saying it "will not tolerate roughing up of prisoners" and violations are taken "extremely seriously."

The SCPD has strict rules & procedures relating to the handling of prisoners. Violations of those rules are treated extremely seriously.