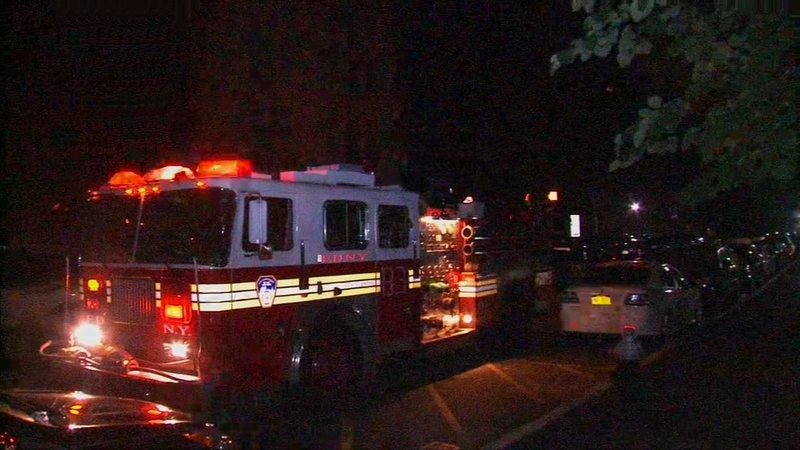 PARKCHESTER, Bronx (WABC) -- Two people died and five others were injured when a fire tore through an apartment in the Bronx early Saturday.

The flames broke out around 1 a.m. in the apartment on the 10th floor of a high-rise building on East Tremont Avenue in the Parkchester section.

Officials describe the apartment as a hoarder situation, so much so that they didn't immediately know there was a second fatality.

After the fire, which was contained to one apartment, was extinguished, responding officers found a 75-year-old man unresponsive and unconscious within the residence.

EMS responded to the location and transported the victim to Jacobi Hospital, where he was pronounced dead. He was later identified as John Quinones.

Upon further investigation, an additional unidentified adult male in his 50s was discovered unconscious and unresponsive within the hallway of the residence and pronounced dead at the scene. His identity has not been released.