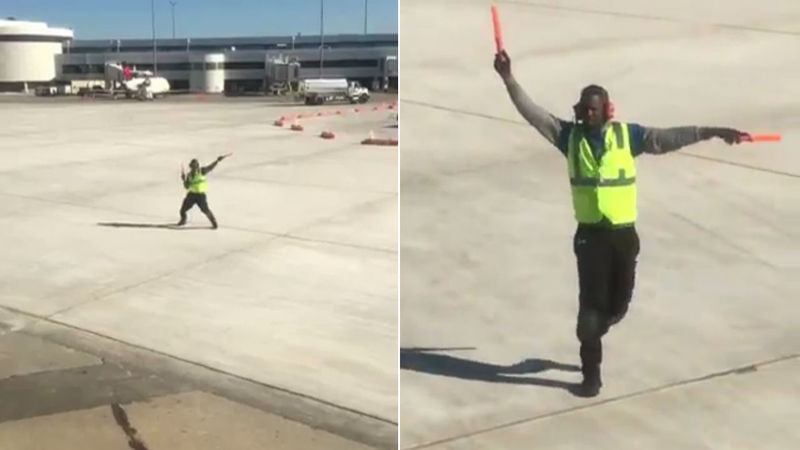 ROCHESTER, New York (WABC) -- A video of a dancing New York airport employee is going viral and spreading positive vibes around the internet.

Kyran Ashford has worked as an operations agent at Greater Rochester International Airport for five years.

He says his goal is simple -- he hopes his dancing gives at least one passenger "30 seconds of positive vibes," ABC News reports.

A passenger on a Southwest Airlines flight to Nashville happened to catch Ashford in the middle of his routine as they pushed back from the gate.