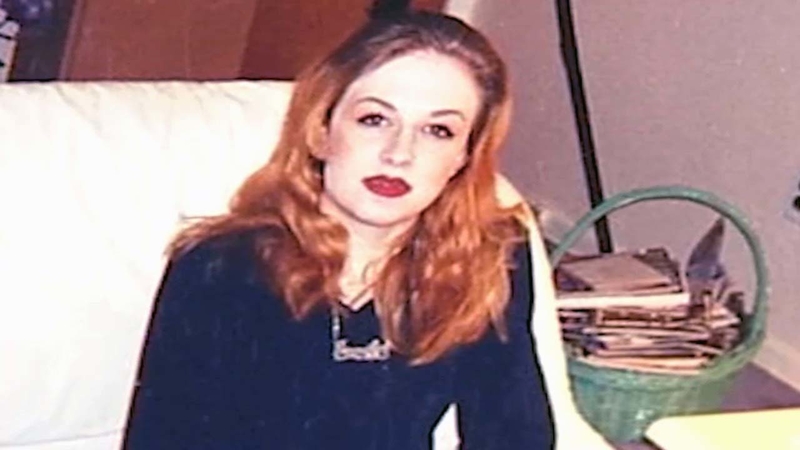 BAY RIDGE, Brooklyn (WABC) -- Surveillance video obtained exclusively by 7 On Your Side Investigates has revealed new details about the whereabouts of a person of interest in a homicide last September.

Jennifer Cohen, 35, was found beaten to death in the half pipe of Owl Head Skate Park in Bay Ridge the morning of Sept. 29, 2016.

"It was a brutal scene. It was a bad scene," said Det. Robert Agron, recalling the only homicide he's currently working in the 68th precinct.

Agron keeps two pictures of Cohen on his desk.

Cohen had two kids and a family who loved her, but police say she spent her final days on the street struggling with a drug addiction -- arrested roughly two dozen times, mostly misdemeanors -- and engaging in prostitution.

Her grandfather painfully remembered the repeated warnings and pleas he made to Cohen.

"I told her to stay off the stinking streets, especially at night," said Harry Lavin. "You try to tell them what's best for them but they do what they want."

Using exclusive surveillance video, 7 On Your Side Investigates mapped the whereabouts of the male police call a person of interest in this case leading up to and following Cohen's death.

That video puts him on foot starting at 79th Street and Third Avenue in Brooklyn, then traveling more than a mile to 56th Street, before backtracking and connecting with Cohen near 59th Street and 2nd Avenue, then circling back toward the Owl Head Park.

Cameras captured the two entering the park together around 2:40 a.m.

About an hour later, the person of interest is recorded again exiting alone.

"No change in his demeanor, nothing," Agron said. "It's scary."

A jogger discovered Jennifer beaten to death later that morning.

Agron said despite all the evidence he's obtained from the scene. He hasn't identified the man in he security footage.

Agron said he does believe this man was familiar with the area and possibly lived or worked in or near Bay Ridge.

"Call the NYPD hotline and say, 'hey, you know this looks like so and so. That is what we need," said Agron asking for the community's help.

As the investigation continues, Cohen's grandfather prays for justice.

"She was my sweetheart," Lavin said.

Anyone with information about the suspect is asked to call Crime Stoppers at 1800-577-TIPS.