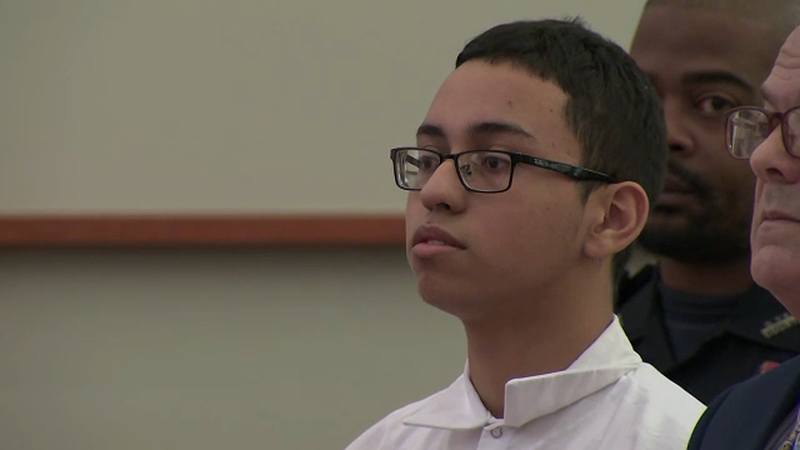 BRONX, New York (WABC) -- The teenager accused of a deadly stabbing inside a school in the Bronx pleaded not guilty Wednesday.

Cedeno is charged with manslaughter, assault and possession of a weapon.

His attorney said his client suffered an extreme emotional disturbance moments before the stabbing, when two alleged gang members attacked him.

After the court appearance, the mothers of the suspect and the victim spoke separately with reporters.

"I was angry because he has his life, he's 18, he lives past 15 and he's gonna live many more lives," the victim's mother, Luna Dennis, said. "And my son only made it to 15, thanks to him. My son is not even going to be able to celebrate his 16th birthday that would have been on the 21st of December."

Both mothers said the system failed their children, pointing to the fact that 30 students at the high school have asked for and received safety transfers to leave the school since the stabbing.

"We've been praying, praying a lot, going to church and trying to get this little by little," the suspect's mother, Luz Hernandez, said. "It's real hard, real, real hard."

McCree's supporters and family members chanted "Justice for Matthew" and "Fire the Chancellor."

"We learned at a recent hearing of the City Council that metal detectors were requested for this school on numerous occasions by the principal," defense attorney Sanford Rubenstein said. "And the board of education did not act."

Cedeno's next court appearance is scheduled for November 29th.

Last month, the lawyer for Cedeno waived his appearance to face the charges in part to diffuse tension in the courtroom.
Related: Mayor, schools chancellor hold school safety meeting in wake of deadly Bronx stabbing