KABC
By ABC7.com staff
CORCORAN, California -- Charles Manson, the hippie cult leader who became the hypnotic-eyed face of evil across America after orchestrating the gruesome murders of pregnant actress Sharon Tate and six others in Los Angeles during the summer of 1969, died Sunday after nearly a half-century in prison. He was 83.

Manson, whose name to this day is synonymous with unspeakable violence and madness, died at 8:13 p.m. of natural causes at a Kern County hospital, according to a California Department of Corrections statement.

Michele Hanisee, president of the Association of Deputy District Attorneys, reacted to the death by quoting the late Vincent Bugliosi, the Los Angeles prosecutor who put Manson behind bars. Bugliosi said: "Manson was an evil, sophisticated con man with twisted and warped moral values."

"Today, Manson's victims are the ones who should be remembered and mourned on the occasion of his death," Hanisee said.

California Corrections spokeswoman Vicky Waters said it's "to be determined" what happens to Manson's body. Prison officials previously said Manson had no known next of kin and state law says that if no relative or legal representative surfaces within 10 days, then it's up to the department to determine whether the body is cremated or buried.

Manson and his followers, known as the Manson Family, struck fear into the hearts of Los Angeles when they slaughtered at least seven people including Tate, the pregnant wife of director Roman Polanski.

Since his 1971 conviction, he has remained a horrifying and fascinating figure in pop culture, as the subject of books and movies and the occasional rambling media interview.

While there have been other serial killers over the years who have committed even more murders, Manson has managed to hold the public's fascination like almost no other.

Charles Manson led his followers to terrorize Los Angeles in a 1969 killing spree, then spent the rest of his life behind bars. He died Sunday at 83.

"I was thinking today about why Manson is so remembered and such a part of our cultural history, whereas other serial killers have done far worse," said former Associated Press Special Correspondent Linda Deutsch, who covered the 1970-71 trials of Manson and his followers, as well as all of their parole hearings until she retired two years ago.

It was, she concluded, because Manson killed more than just seven people. He also destroyed a Baby Boomer generation's dream of a peace-and-love era that had begun with 1967's San Francisco Summer of Love, two years before Los Angeles' 1969 Manson murders.

"For most of that period, the hippies up in San Francisco and throughout the country really spread a message of love and understanding," Deutsch said. "And now here come these people who wore these hippie clothes and although they were not hippies, they were just people who came together in a commune, they became symbolic of that hippie era.

"In addition to killing seven people, he killed a whole counterculture," she added.


A career criminal and con artist, Manson had reinvented himself during the Summer of Love as a Christ-like figure who attracted young people to a commune he established at an old, abandoned movie ranch on the edge of Los Angeles.

"To tell you the truth, the older I get the harder it is to deal with all of this, to know what I did, how it happened," one of the youngest of his followers, Leslie Van Houten, told a parole panel in September. The panel has recommended she be released, but Gov. Jerry Brown could reject that recommendation as he did once before. No Manson Family member convicted of murder has ever been freed.

Van Houten, now 68, explained how Manson used sex, drugs, repeated playings of the Beatles' "White Album" and readings from the Bible to persuade his young followers that they could launch a race war between blacks and whites by killing people, then hide in the desert until it was over.

But what Manson really wanted to do, Deutsch said, was become famous.

At one point he'd befriended the late Beach Boys drummer Dennis Wilson with hopes of becoming a musician as famous as those in Wilson's group. The music industry ultimately dismissed him as crazy and dangerous and, worse yet to his way of thinking, only marginally talented.

"So he wanted to make a statement and be the star that Hollywood wouldn't let him be," said Deutsch. "And he was demonic."

But Charles Milles Manson's life of crime began decades before the murders that made him infamous.

He served time in an Indiana boys home for burglary when he was in his teens.

He went on to become one of the nation's most famous mass murderers, with a chilling ability to persuade people to commit murder on his behalf.

"I never told anyone directly to go anywhere or do anything," he said at one of his multiple parole hearings over the years. "I always said ... you know what to do."

In the late 1960s Manson's cult-like "family" lived in the Spahn Ranch near Chatsworth. He was a frustrated musician and songwriter and was particularly fascinated with the Beatles song "Helter Skelter" which he believed was about an apocalyptic race war - a conflict he hoped to ignite by the killings.

On Aug. 9, 1969 Manson ordered four of his followers to break into Tate's home. They killed five people, including Tate, who was eight months pregnant. They scribbled the word "pig" on the front door in her blood.

The next night his followers murdered Rosemary and Leno LaBianca in the same grisly fashion.

The murders shocked the nation. Manson and his followers - Tex Watson, Leslie Van Houten, Patricia Krenwinkel and Susan Atkins - were convicted and sentenced to death.

State law at the time made him eligible for parole. He was denied a dozen times over the years.

While serving life in prison, Manson seemed to bask in his infamy.

"Is Charlie Manson crazy?" he said in an interview with ABC News. "Sure. He's as mad as a hatter. What difference does it make? Being crazy used to mean something. Nowadays, everybody's crazy." Charles Manson's grandson argues for right to his remains 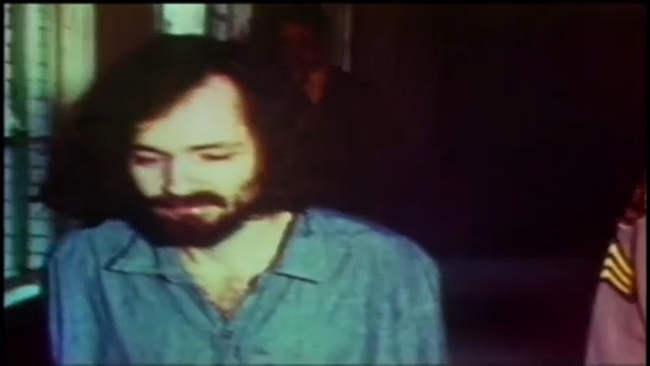 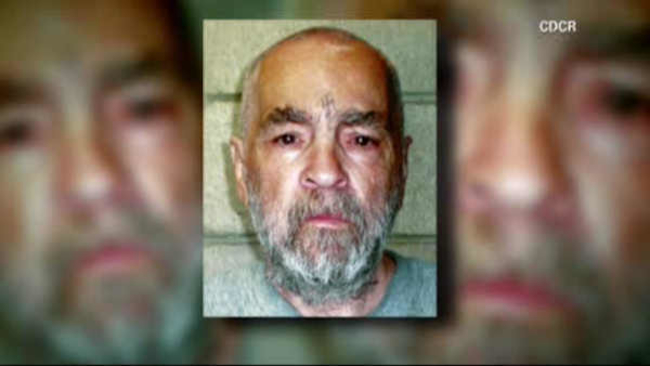 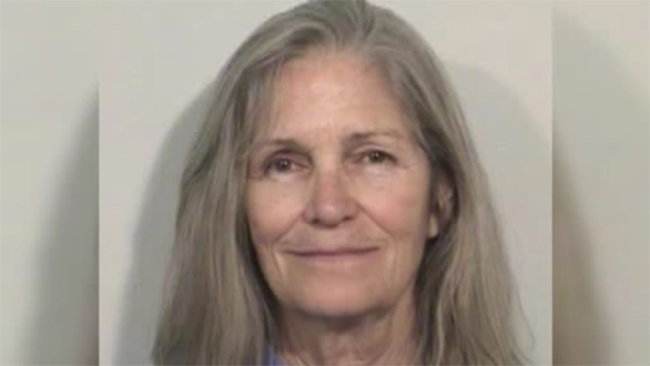