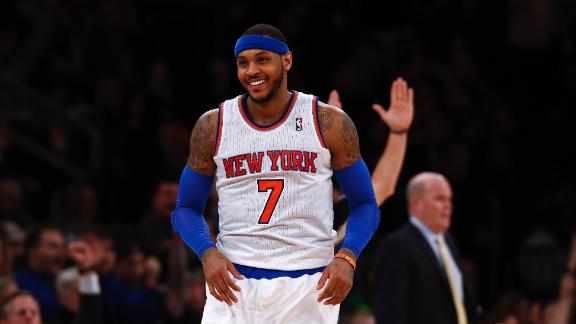 Anthony will play at Madison Square Garden on Saturday night for the first time since he was traded from the Knicks to the Oklahoma City Thunder in late September. The Knicks plan to have a tribute to Anthony before the game.

"I think he was as professional as he can be in his time here in New York, so I don't see why they would not receive him with love," Porzingis said Thursday.

The Knicks announced Friday that Porzingis is questionable to play in the game because of a knee injury.

In Anthony's 6 1/2 seasons in New York, the Knicks advanced past the first round of the playoffs just once and failed to reach the postseason the past four seasons. Teammates have credited Anthony for how he handled the off-court drama of trade speculation and critiques -- both direct and indirect -- delivered by former Knicks president Phil Jackson throughout the 2016-17 season.

"You've got to respect him being a professional, how he handled everything with the media last year," Courtney Lee said Thursday.

"I think more cheers than anything," Lee said. "You can't fault the guy for going out there and playing hard and leaving it all out there on the court and just trying to help the team win. Whether it was the style that some fans wanted or didn't want, he competed night in and night out."

Anthony and the Thunder have struggled in the first two months of the season. Oklahoma City enters Friday's game against the Philadelphia 76ers at 13-14 and in eighth place in the Western Conference. Stars Russell Westbrook, Paul George and Anthony are seemingly still adjusting to playing with one another. Entering Friday, Anthony was averaging career lows in points per game (17.7), field goal percentage (40 percent) and field goal attempts per game (16.2).

Numbers aside, Knicks shooting guard Tim Hardaway Jr., who played with Anthony as a rookie in New York and remains close with him, said the Knicks will prepare to get Anthony's best on Saturday.

The Knicks (15-13) have exceeded expectations in their first season without Anthony. They have relied on ball movement and a solid approach to team defense in the first two months of the season. New York entered Friday ranked 15th in defensive efficiency (up from 25th last season) and 11th in assist ratio (up from 23rd).

Some have surmised that the Knicks are excelling because Anthony is no longer around. His teammates don't agree.

"Not at all. He was here for a long time. For him, it was also hard," said Porzingis, who is officially listed as day to day. "He was trying to do the right things to win, but it was just not clicking. It was not the right pieces around him to make that happen.

"I know he wants to win. If he didn't want to win, he would have probably stayed here or went somewhere else besides OKC because he has an actual chance to win."

Lance Thomas also shot down the theory that Anthony held the Knicks back: "He plays great basketball, and teams play through him. Just because we relied on him a lot more to do that for us, that was a team thing. When in doubt, we gave Melo the ball. He wasn't bringing the ball up full court and just coming down and jacking the ball. We went to him. ... He's a great teammate, and a lot of us loved playing with him. So I don't think he held us back in any way, shape or form."

Lee pointed to the changes on offense, which have included less of an adherence to the triangle offense that Jackson preferred, as a reason for the Knicks' improvement. 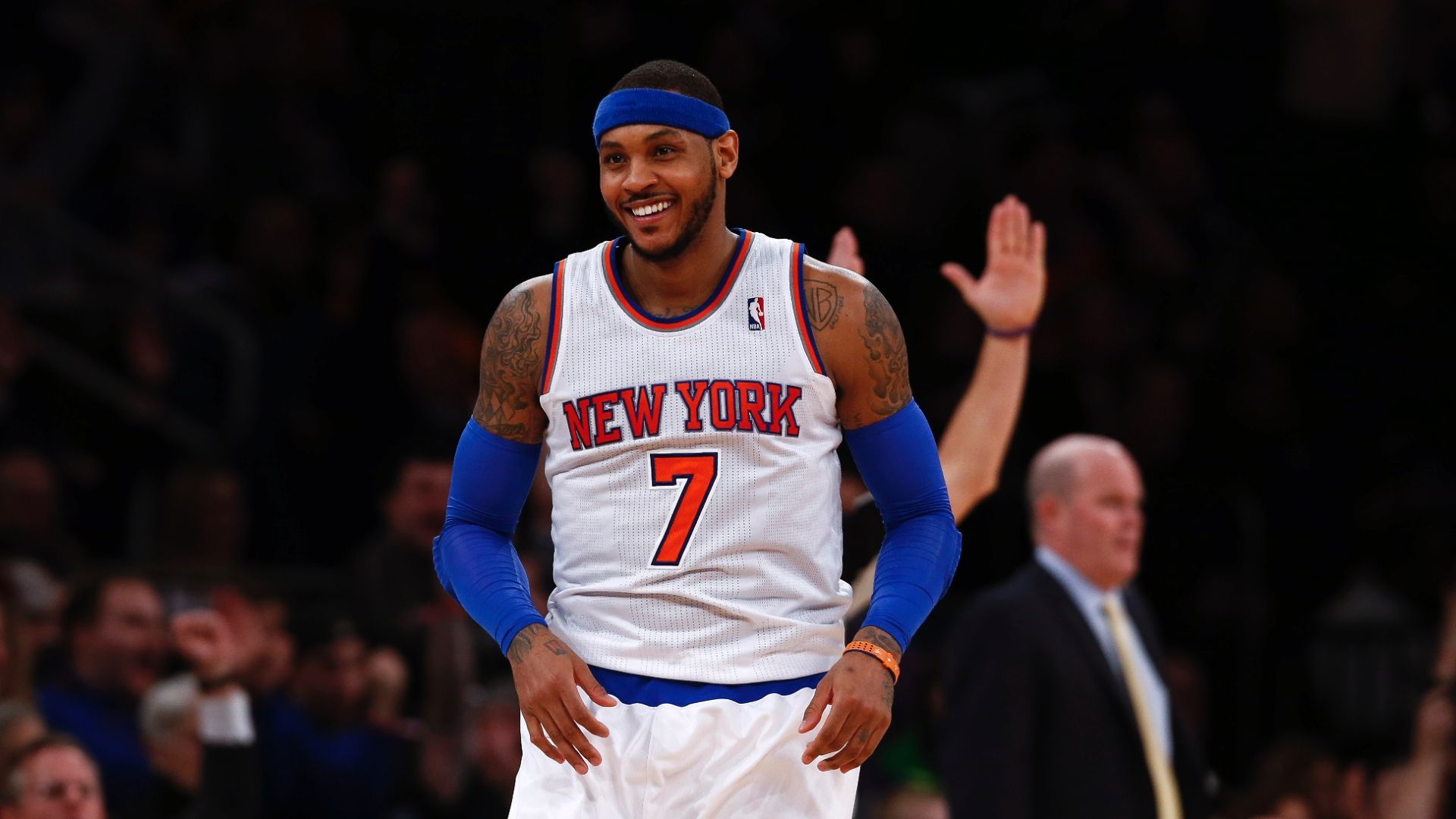