Bicyclist fatally struck by tractor-trailer in Queens hit and run 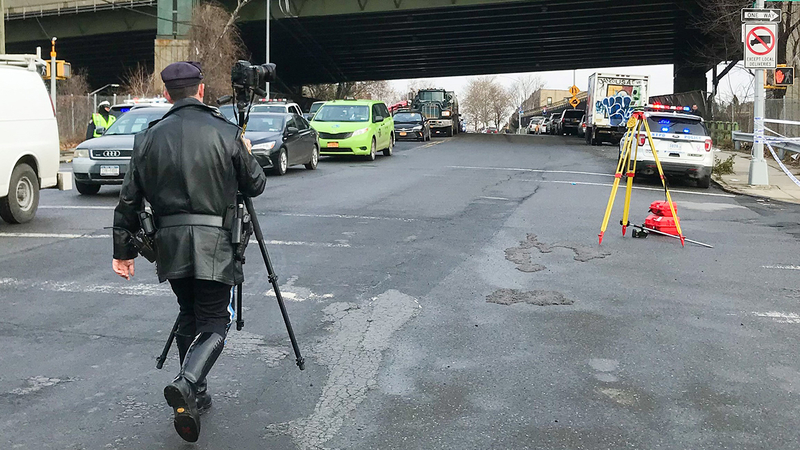 Bicyclist fatally struck by tractor-trailer in Queens hit and run

MASPETH, Queens (WABC) -- A bicyclist was fatally struck in a hit and run crash in Queens Monday morning.

The 23-year-old was struck by a tractor trailer going eastbound on 54th Avenue at 48th Street in Maspeth. Witnesses said his body was crushed by the wheels of the truck.

It happened in an industrial area, near an on-ramp to the Long Island Expressway.

The bicyclist was pronounced dead at Elmhurst Hospital. He has been identified as Hugo Ramirez of Corona, Queens.

The tractor-trailer did not stop, and police are looking for the driver.

Sources said the incident was captured on surveillance video by cameras overlooking the scene.

One witness said the trucker had a dispute with another motorist, then sped away and struck the deliveryman in the process. Investigators said it was not immediately clear whether the trucker knew he had struck anyone.

Ramirez worked as a deliveryman for a local pizzeria. The owner said his co-workers are devastated, and they collected donations for his family Monday.

The NYPD Highway Patrol unit responded to the scene to investigate.