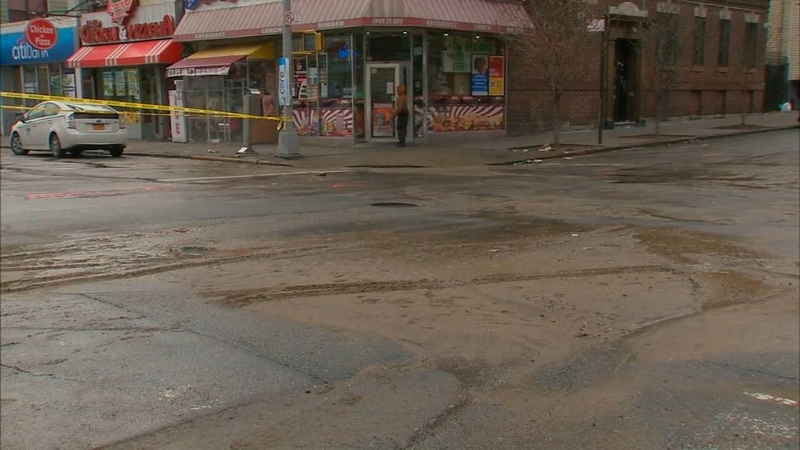 Water main break in the Bronx

BEDFORD PARK, Bronx (WABC) -- Crews spent much of Tuesday on the scene of a water main break in the Bronx that knocked out service to dozens of apartments and businesses.

The 12-inch main ruptured on East 198th Street and Grand Concourse in Bedford Park at 7:17 a.m., prompting water to be shut off to 100 residential units and eight businesses.

Crews were excavating to determine the cause of the break and make necessary repairs.

Fire officials said there was two feet of water in the basement of 2842 Grand Concourse, which forced them to shut down the boiler. The water has since been pumped out, and the boiler was turned back on.

There were no injuries or evacuations reported.

"I came out of the building to go around the corner and I seen water all over the place," neighborhood resident Thomas Baumann said. "There was a car parked on top of a Con Edison electrical power box, and the water kept on shooting out of that, and it kept on going on. The fire department tried to get people into their cars to move them out and help people across the street."

Residual water leaked into the subway, on the D line that runs through the Grand Concourse. The MTA checked the location and said there was no impact to subway service.

Buses that had been rerouted (BX-1 and BX-2) are back on their normal routes.

Three vehicles were towed from the scene due to sidewalk undermining.