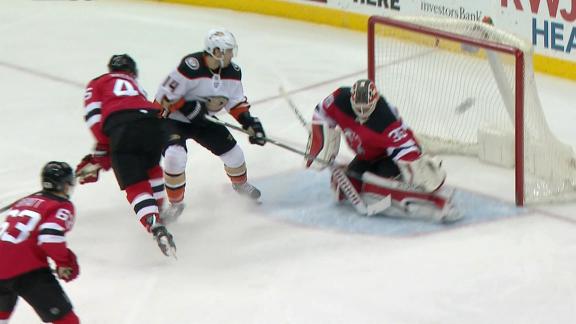 The hockey year of 2017 was a rather extraordinary one for highlight-reel goals, which is to say that choosing the 10 best was more challenging than usual.

Not only were these goals incredible from a skills aspect, but they were also distinctive: We had baseball goals and lacrosse goals and buzzer-beaters and a "Hail Mary" goal; we had end-to-end rushes that undressed defenders, and players doing the same in the offensive zone. We had goals from players considered to be the best in the world and from a player who hasn't spent a minute in the NHL.

It's quite a collection, and we hope you enjoy revisiting these instant classics (and voting in our poll below and debating our choices in the comments). Keep in mind that we're not only judging skill, but context and uniqueness as well.

The Michigan goal! Lacrosse-style tallies are much too plentiful to merit inclusion on their own anymore, even though this Anaheim Ducks prospect pulled it off mighty well against the San Jose Sharks' AHL affiliate, which is why goal of the year candidates sometimes need a hype man. In this case, the hype man was San Diego Gulls announcer Craig Elsten, who went the full ECW in putting over this goal, proclaiming that "there is no country that would not bow to the greatness of that goal!" (Note: The pandering for a SportsCenter highlight might have also been a factor.)

OK, OK, we know ... the clock doesn't appear to start on time, and thus this overtime buzzer-beater off the faceoff by Toffoli probably shouldn't have counted. Hey, neither should have that eight-lateral Miami touchdown against Duke in 2015, but it did, and just like this, it was absolutely glorious. (OK, maybe not for the referees who were suspended for their incompetence by the ACC, but we digress.)

Controversy aside, everything else about this play is incredible, from the Kings' 3-on-3 faceoff organization to the clean win from Anze Kopitar to the Toffoli shot for the game winner. Hey, it counted. That's all that matters.

According to the Toronto media, Auston Matthews is pretty good at hockey, and this would seem to confirm it. The Maple Leafs star gets yanked down on a drive to the net by Phil Di Giuseppe. At one point, he has one skate bent on the ice and the other skate kicked straight into the air like a Radio City Rockette. He still managed to tuck the puck home while falling. In real-time, it might have looked a little more impressive than it was in slow-mo. But in any speed, this was sick.

It's never a good look when it appears an entire team had its Xbox controller unplugged during a defensive sequence. Like freshly cooked spaghetti through those holes in a metal strainer, Pasta slipped through four Canucks defenders -- RIP, Michael Del Zotto-- and scored the best end-to-end goal of 2017. Well, for an individual, at least.

Yeah, we know what you're thinking: another goal where the dude manages to catch a deflection midair, drop it down and then baseball swing it into the net like he's a Little League coach helping his players field grounders.

But seriously: What an awesome, inventive goal by Spurgeon, a defenseman no less. It belongs on this list for the sheer hand-eye coordination.

We've watched this goal about 50 times and still have no idea how it was scored. OK, we have an idea how Crosby was able to score it: his smart decision not to touch the puck after a Patric Hornqvist hand pass, combined withKevin Shattenkirk's not-so-smart decision to touch it and allow Crosby to legally play it. But that backhander from below the goal line that somehow snuck through Henrik Lundqvist ... that's some wizardry right there from the player with arguably the best backhand shot in the world.

This is just a Beast Mode goal by Radulov. He causes the turnover from Kevin Klein, collects a loose puck, and then, while wearing Kevin Hayes as a coat, pulls off a one-handed Forsberg Move and scores a spectacular goal. We're not sure who this hurts more in hindsight: Rangers fans, watching a nightmare shift in the defensive zone, or Habs fans, watching what they lost in failing to re-sign Radulov. (We're guessing the latter.)

This is from an exhibition game between the U.S. National Under-17 team and the USHL's Green Bay Gamblers, where Orlando native Jack Hughes put on an absolute show. He eludes three Green Bay defenders, including one twice, in circling around the entire offensive zone to the front of the net, where he scores top shelf while falling to the ice. A one-man wrecking crew of a play that seriously makes you wonder about hockey's reputation as a team sport when one guy can do this much damage alone.

The Devils paid tribute to Adam Henrique in his first game back in New Jersey following his trade to the Anaheim Ducks. Henrique returned the favor by ... scoring an incredible goal and absolutely embarrassing Sami Vatanen, the player for whom he was traded, in the process. A goal so perfect in its execution by a scorer, humiliation of a defender and delicious context that even Devils fans had to acknowledge its brilliance.

It was an amazing goal. But not the goal of the year.

There were honorable mentions that didn't make the cut that featured highlight-reel assists, namely ones by Filip Forsberg (see here) and Connor McDavid (see here). So this Erik Karlsson "Hail Mary" helper, which sailed 10 feet high and over the heads of every player save for his teammate, had some competition.

But when combined with this Forsberg Move finish from Hoffman, which he said was inspired by Radulov's goal at No. 3 on this list, it's unquestionably the most spectacular goal of 2017 and the most eye-popping moment of the year for the Senators until their own decided to threaten relocation during the NHL's 100th birthday celebration in Ottawa. 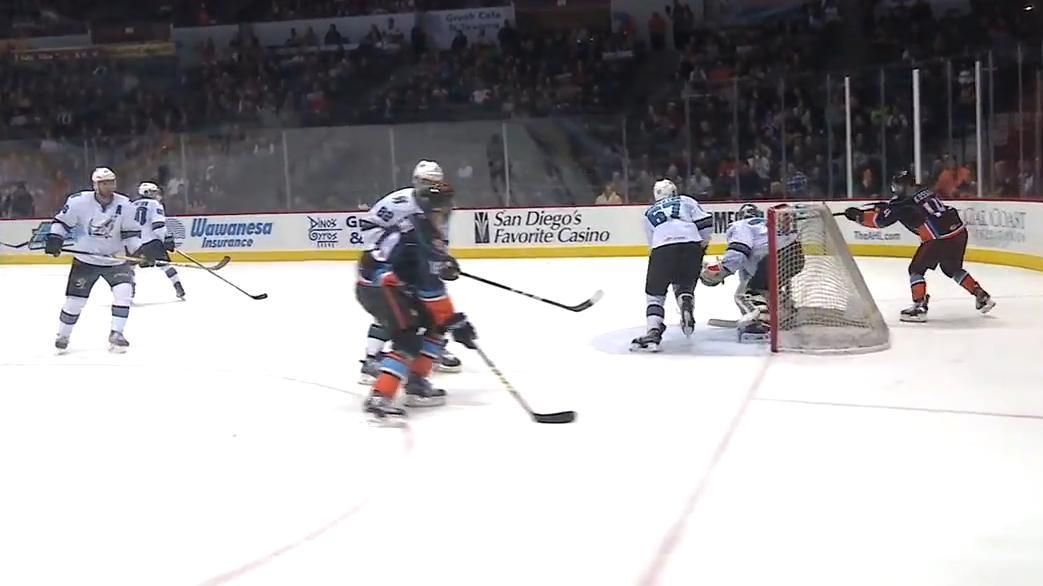