VIDEO: Inside the burned out Bronx building where 12 died 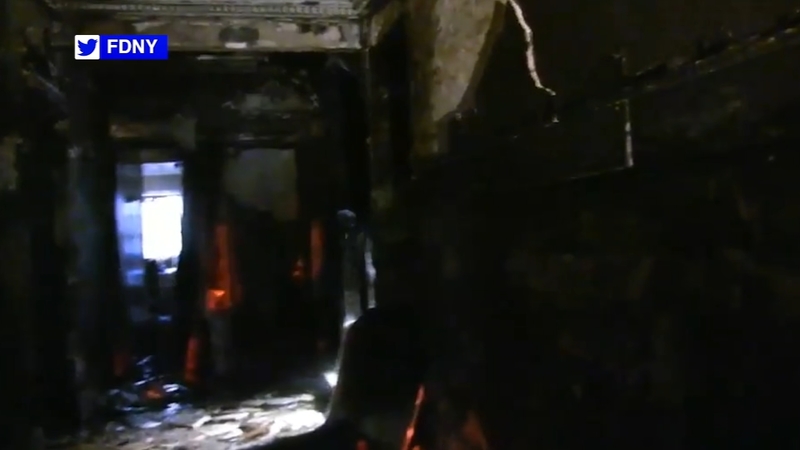 BELMONT, Bronx (WABC) -- The New York City Fire Department has released footage of the burned out hallway and stairwell of the apartment building in the Bronx, where a five-alarm fire killed 12 people on Thursday night.

Video from the FDNY of the burned out hallway and stairwell of 2363 Prospect Ave in the Bronx, where a 5th alarm fire killed 12 people.

A preschooler toying with the burners on his mother's stove accidentally sparked New York City's deadliest fire in decades, an inferno that quickly overtook the apartment building and blocked the main escape route, the fire commissioner said Friday.

Four others were fighting for their lives a day after the flames broke out in the century-old building near the Bronx Zoo.

All people in the building have been accounted for, FDNY officials said.

The 5-alarm fire broke out just before 7 p.m. Thursday on Prospect Avenue near East 187 Street. FDNY firefighters arrived at the scene within three minutes.