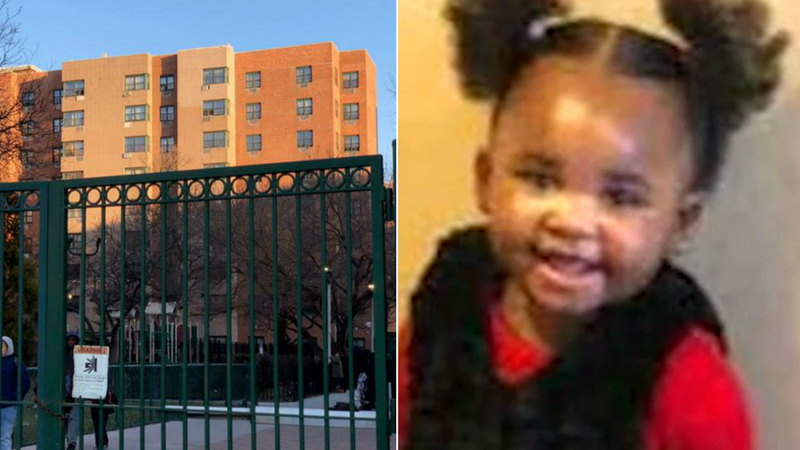 BROWNSVILLE, Brooklyn (WABC) -- The deaths of four people found fatally shot in an apartment in Brooklyn this week have been classified as a triple murder-suicide.

Authorities say the victims, including a 1-year-old girl, were found in an apartment on Thatford Avenue, part of the Riverdale Towers, in the Brownsville section just after 5 a.m.

"We all know him by that, doing barbecues all the time and happy, laughing with everybody," family friend Jose Valdez said. "A man, a good man."

The victims were identified as Terrance Briggs and his daughter Laylay Briggs, as well as 15-year-old Loyed Drain III and 57-year-old Loyed Drain, Jr. Police say it appears all of the deceased are related, either biologically or through marriage. They were all shot in the head.

Authorities believe Briggs shot the others before turning the gun on himself.

"It breaks my heart to see him gone, and all the kids and his son, you know?" family friend Vanessa Swain. "They showed love when they can, you know, and it's sad."

The grandmother of the young girl arrived to babysit, and that was when she made the horrific discovery.

There was no sign of forced entry to the apartment.

Authorities say Briggs is a suspected gang member with 13 prior arrests.

He was reportedly involved in a dozen domestic incidents in the home, including threatening his stepfather with a gun in August 2005. He was charged with menacing in that incident.

"We do not have a motive for this incident, but we are working very hard to establish one," NYPD Deputy Chief Michael Kemper said. "I can say this, a firearm has been recovered inside the apartment, along with bullets and shell casings."