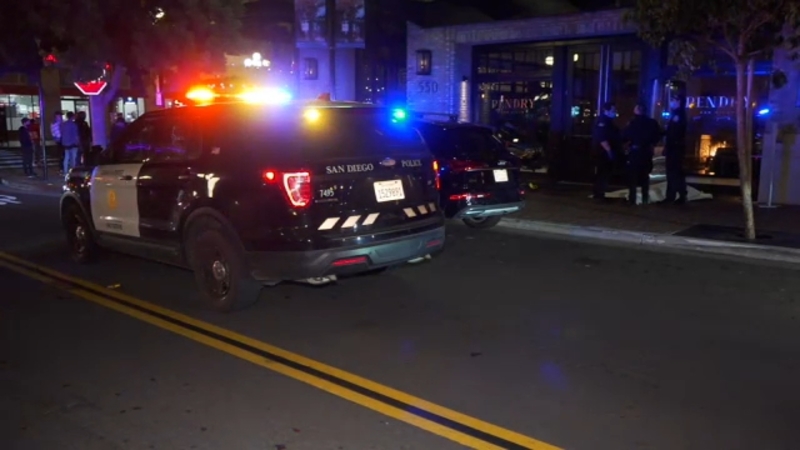 Authorities say 28-year-old Justice Boldin, a valet at the Pendry Hotel in the Gaslamp Quarter, a busy nightlife district, was killed.

The gunman opened fire in two separate shootings on April 22, according to San Diego police.

"A lot of organs were affected by the wound. If all goes well he will be out of the hospital in two weeks" she said. "I am thankful to all those people for their bravery and courage who helped save him. Doctors say the bullet will stay in him after he heals. It is safer not to remove it."

Boldin was earning money to become an airline pilot and had recently become an uncle, his best friend, Reece Taylor, said.

The suspect, Travis Sarreshteh, 32, of San Diego, walked up to Boldin outside the hotel, shot him, then began to walk away but turned and shot him again, police said.

Sarreshteh then walked about a block, approached a group of people standing outside a restaurant and opened fire.

"He was just walking by them, kind of in a bad mood and it was kind of like a shoulder brush," witness Alex Kelly said. "And then right after that he was saying, 'You guys having a good time?' And that's when he pulled out a gun and he started shooting...before they even had a chance to react or say a word."

Sarreshteh was chased and tackled by two people who held him for police, who used a Taser to restrain him.

A 9mm self-made "ghost gun" lacking a registration was taken from Sarreshteh at the scene, police said.

He was booked on suspicion of murder and attempted murder, and he remained jailed without bail.

Sarreshteh was arrested in 2017 on suspicion of resisting an officer and carrying a concealed gun while working as a security guard at a restaurant in the Gaslamp Quarter, and he pleaded guilty in 2019 to a misdemeanor of carrying a concealed firearm, court records indicated.

He had to surrender the gun.

There was reportedly an active warrant for his arrest for working as a security guard without a license.