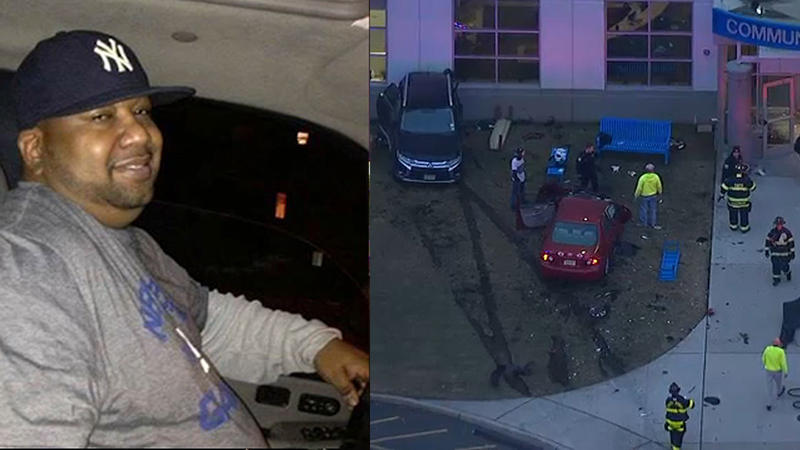 SOUTH AMBOY, New Jersey (WABC) -- A 48-year-old man who was putting his 6-year-old daughter in his car outside a YMCA in New Jersey was killed Monday evening when he was struck by an out-of-control driver.

The incident happened on Jack O'Leary Boulevard in South Amboy just before 5 p.m.

Police say 53-year-old Patrick Walsh lost control of his vehicle and struck Bejamin Navarrette, of Old Bridge, outside the facility before crashing into the front doors. Navarrette was airlifted to Robert Wood Johnson University Hospital in New Brunswick, where he was later pronounced dead from his injuries at 6:20 p.m. His daughter was also hurt, suffering non life-threatening injuries.

Walsh, of South Amboy, was taken to the hospital and is said to be in stable condition.

"It's a tragedy that you just can't imagine what the families are going through," South Amboy Mayor Fred Henry said.

The crash is being investigated by Detective David Keegan of the South Amboy Police Department and Detective Mark Morris of the Middlesex County Prosecutor's Office.

"My condolences to him and his family," Lozano said. "My heart is out with them. My prayers are out to them."