Grandmother violently attacked by pit bull in the Bronx 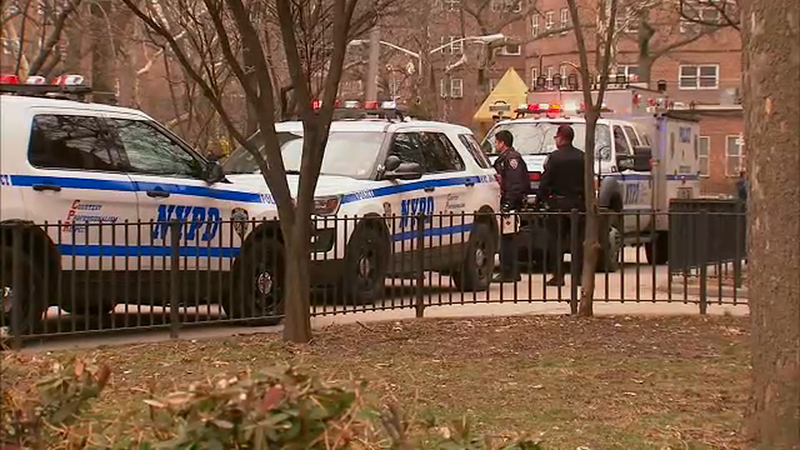 EASTCHESTER, The Bronx (WABC) -- A woman in the Bronx was seriously injured when she was attacked by a pit bull Wednesday afternoon.

Police say the dog got away from its owner -- either ran off on a leash or out of a backyard -- and attacked Althea Woodson, 57, at the playground of the Eastchester Gardens Houses just before 4 p.m.

The woman was reportedly attacked while protecting some kids from the animal and while watching her two young grandchildren.

Authorities say the victim had her ear torn off and also suffered a bite on her hand.

The attack continued until the owner arrived and was able to grab the dog.

Shannon Ingram, 23, who lives in the Eastchester Houses, has been charged with two counts on reckless endangerment. The pit bull is now with the ASPCA

Eastchester Gardens is a NYCHA housing development, and residents are allowed to have pets. However, some, including pit bulls are not always on a leash. NYCHA policy specifically prohibits certain dog species, including Doberman Pincers, Pit Bulls and Rottweilers. In addition. dogs must always be kept on a leash while in a public area, and pets are not allowed to enter pet-free zones, including playgrounds, which is where this dog attack occurred.

"We are saddened to hear of this incident and will be looking into this immediately," NYCHA said in a statement. "While our policy welcomes residents to have pets as part of their family, there are restrictions in our policy and we expect pets to not endanger fellow residents."

Residents say they have complained about the Pit Bulls.