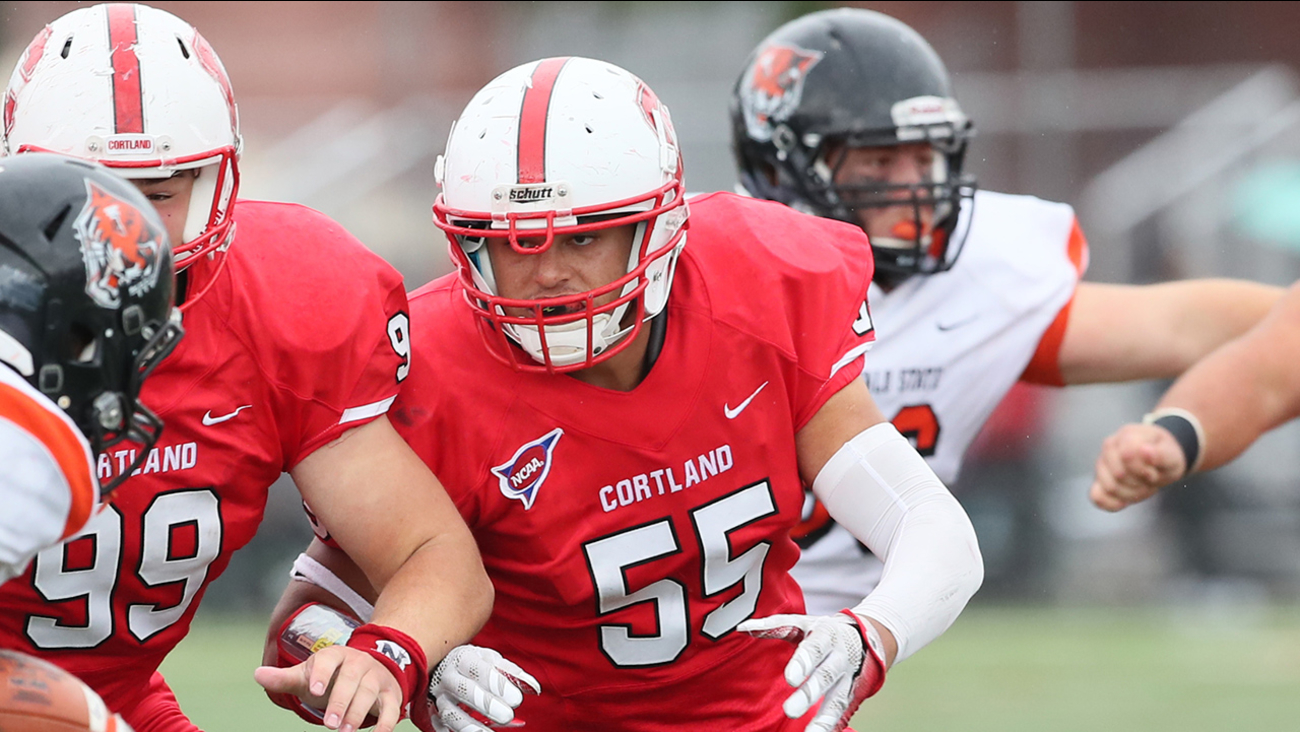 MANHATTAN, New York City (WABC) -- A college student from Long Island was honored by former Vice President Joe Biden Wednesday for stopping a sexual assault and getting shot in the process.

Cortland junior Kyle Richard, who is on the school's football team, was at a house party in July 2017 when he heard what he thought was a woman crying from the bathroom. When he and a friend burst the door open, he saw a man holding a woman by the neck.

When the man fled the house, Richard chased after him. When they got outside, the assailant drew a gun and shot Richard twice, once in each leg. The bullets missed major arteries and bones, and he was able to return to the field in the fall. The assailant was later arrested and charged.

On Wednesday in Manhattan, Richard was presented with the Biden Courage Award for bystander intervention.

Richard thanked "It's On Us," an organization that tackles sexual assault, as well as his family and coaches for "always teaching me to get back up after I fall, and to always be an active bystander."

"We are proud of Kyle, not only for his heroic efforts, but also for his willingness to share his story as a way to build awareness to stop sexual assault," SUNY Chancellor Kristina Johnson said in a statement.