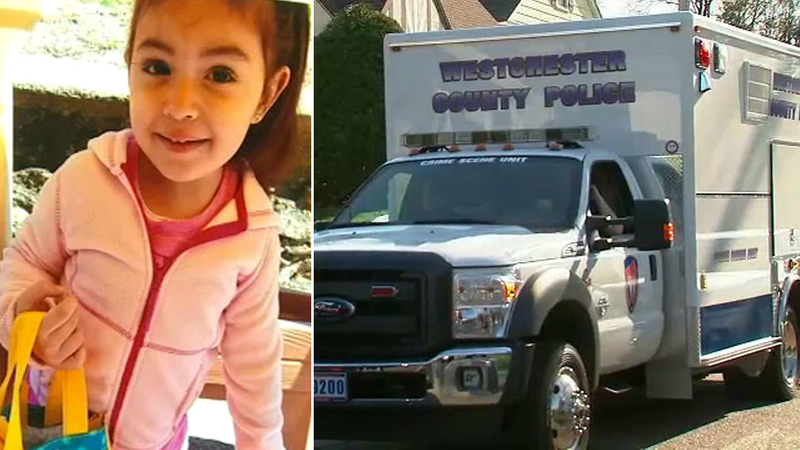 MAMARONECK, New York (WABC) -- Authorities continue to investigate the death of a two-year-old girl in Mamaroneck after police shot the child's mother during an incident at their home on Saturday.

There are still unanswered questions, especially why police and the child's father were not able to get custody of her prior to her death.

One day before Gabriella Boyd unexpectedly died, Mamaroneck police and the girl's father Stephen Boyd came to the house where she lived with her mother and grandmother.

They had with them, according to the father's attorney, a family court order to obtain custody of the child from the mother, identified as 28-year-old Cynthia Arce.

"And when police requested the child to be given to them she refused and shut the door," said the attorney, Martin Rosen.

Kyle Wildenberg, a neighbor, saw the police on Friday. "There were two police cars and they were here maybe 15, 20 minutes max," said Wildenberg.

The next day, though, at 1:30 Saturday, a 911 call of a child in distress brought police back to the house. Gabriella was rushed to the hospital where she later died.

Police would only say they were then confronted by a 28-year-old woman with a knife.

"The female then attacked the officers with a knife, injuring two of them," said Mamaroneck Police Sgt. Sandra DiRuzza. "Tasers were deployed which failed to stop the female."

Police say she refused to surrender and was shot by another officer. But now the father's attorney wants to know why police were not able to gain custody of the child.

"I've never seen a case where there is a court order where police refused to execute it," said Rosen. "The child was not secured by the police."

Both parents had joint custody of Gabriella. The mother had physical custody. The father most recently became concerned for the child's safety.

"The critical thing we are waiting for is the autopsy report to see how this child died," said Rosen.

The mother's condition is unknown at this time. The district attorney's office says it cannot comment because the case is under investigation.