WABC
BROOKLYN (WABC) -- A group of security guards have been suspended after a melee at a mall in Brooklyn on Sunday that was caught on cell phone video.

The incident happened at the Kings Plaza Mall at 5100 Avenue U., where there have been at least two large fights in the recent past. 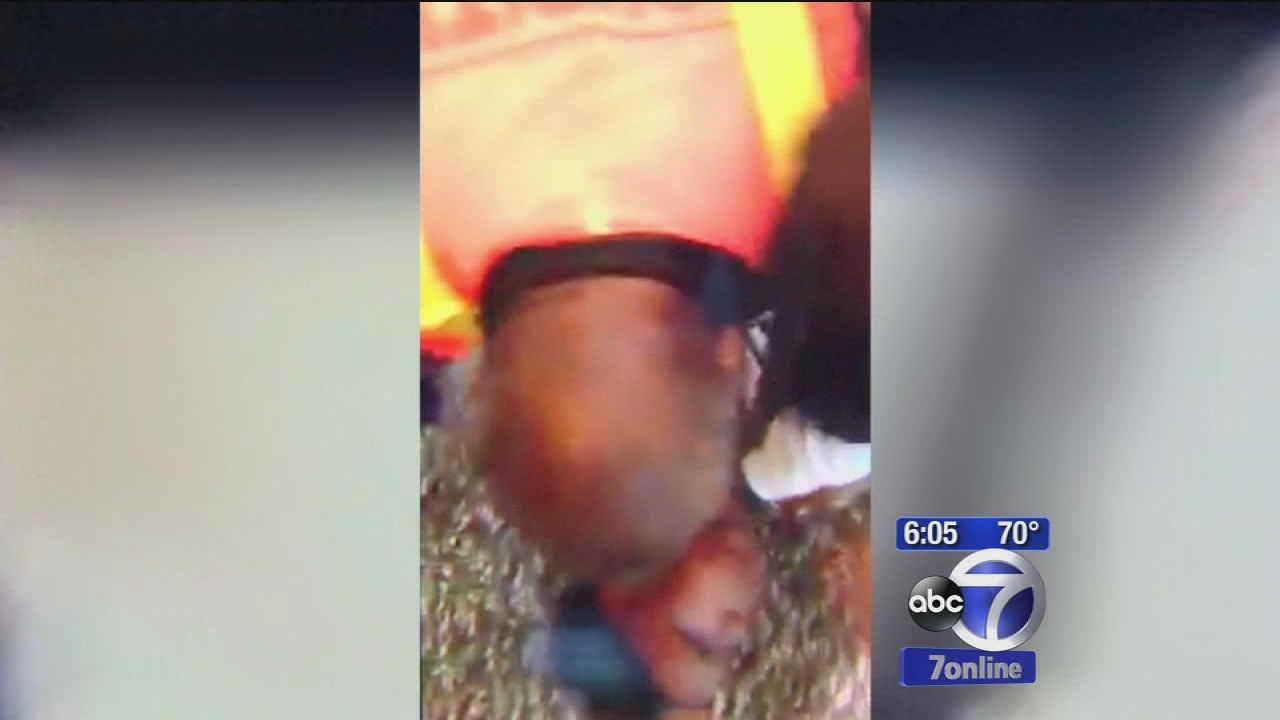 In the video, at least four mall security guards are seen trying to subdue a 16-year old boy, and not just tackling him.

The boy is punched and kicked and grabbed by the throat, by grown men more than twice his age.

"They threw him on the floor, they choked him, about three of them that actually choked him, and they were kicking him in the head," said eyewitness Shaunternette Melton.

But the video does not show the entire episode. Police say the teen, identified as Christopher Henry, had just assaulted one of the guards after he had been asked repeatedly to leave the mall.

"Irrespective of what led into this, the actions of those security guards in this community is appalling, and that can't be tolerated," said Herbert.

The boy was not seriously injured and was later arrested. He was charged with assault, trespassing and disorderly conduct.

Herbert says Henry had gotten into fights at the mall in the past. The video was recorded by Melton.

The guards seen in the video have been suspended pending the outcome of an investigation.

Authorities say a 39-year-old private security guard approached the suspect and repeatedly asked him to leave. Instead, they say Henry refused and became irate.

He allegedly jumped on the security guard's back, punched him with a closed fist and then kicked him, causing pain and soreness.

Numerous other private security guards responded and took the suspect into custody.

He has three prior arrests that are unsealed:

Other arrests are sealed due to his age.

There was a fight at the same mall back in February and another melee in December that involved about 400 teens. That incident prompted mall security to install ID checks at the entrances.

The Kings Plaza Mall released the following statement: "We find the images captured in the video disturbing. We are cooperating with law enforcement and AlliedBarton Security Services, who employs the security officers involved, to fully investigate the entire incident so that appropriate action can be taken."

"AlliedBarton Security Services shares the community's concern about the video and the events shown," the statement read. "We are investigating what is shown in the video, as well as the events that occurred before the video began. The security officers involved have been suspended pending investigation. AlliedBarton's responsibilities at Kings Plaza Mall are to help create and maintain a safe and secure environment. It is imperative that these duties be conducted in a safe and respectful manner and we accept nothing less from our teams."
Related topics:
new york citymill basinfightmallbrooklyn news
Copyright © 2020 WABC-TV. All Rights Reserved.
More Videos
From CNN Newsource affiliates
TOP STORIES