Mirzo Atadzhanov, 28, was arraigned and held without bail for allegedly stabbing 66-year-old psychologist Dr. Jeremy Safran at the victim's home on Stratford Road in Ditmas Park. He entered a not guilty plea.

Safran was found in his basement with trauma to the head and body. Authorities say he was stabbed five times in the stomach, and a bloody hammer was also discovered near the body.

Atadzhanov's relatives were in court for the arraignment and at one point the suspect looked back at his mother.

"His family is here, his brother is actually in the Air Force, he is in the service, he is a citizen," said defense attorney Jay Schwitzman.

The suspect claims self-defense but authorities say it was murder. Prosecutors say Atadzhanov broke into the home and attacked the victim as he worked out in the basement.

Police found the suspect hiding in a closet.

Officials believe he actually crossed paths with the victim's daughter earlier that same day, tried to strike up a conversation and then came to the Safran home.

It is not believed that the suspect and victim knew each other, and equally terrifying was that Safran's wife and teenage daughter were home at the time and had no idea an intruder was inside.

A neighbor, Doreen Giuliano, had seen a suspicious man entering the home and called 911. She said she noticed the suspect walk down the side of the house and put something in his car, which she said had been parked outside for hours.
"It was a big white bag with some red lettering on it, and he was looking from left to right a little too often," she said.

"And I said to her, there's a man in your house, you need to call 911," Guiliano said. "She said, 'That's strange, because my basement lights went out.' She said, 'Jeremy's around here somewhere.'"
Later that night, Jennifer texted back, "Thank you, you saved us." 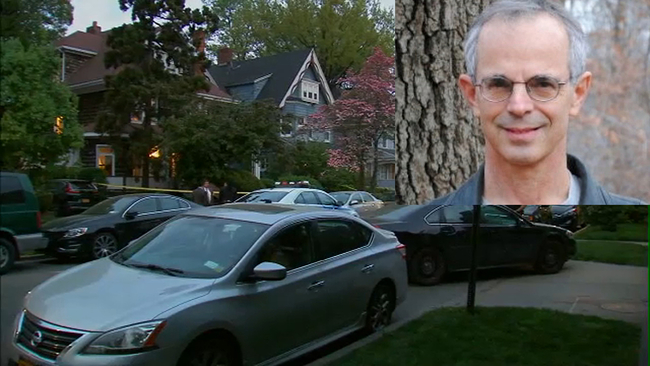