EXCLUSIVE: New technology and vessels helps FDNY save lives on the water

WABC
By Amy Freeze and John Sprei
MANHATTAN, New York (WABC) -- New York City knows the bravest by their big engines, ladder trucks and sirens through the streets of all five Boroughs. But there's another force standing by for firefighting - on the water.

"FDNY Marine Ops is here to help you at all times whether you know we're here or not - we know you are out there," said Battalion Chief Frank Simpson.

Chief Simpson spent 27 years in the Bronx on land and now 5 years in marine unit. Many of the FDNY under him have expertise in marine systems ranging from from captain to engineer to marine communications.

As Chief, Simpson brings it all together with more than a quarter of a century of firefighting experience.

"You don't have to worry about us to being here. We're always here covering the city. We train everyday just to serve you, " Simpson said.

FDNY Marine Unit is doing it better than ever before with new boats and high tech marine technology. During 9/11 the FDNY was still operating a boat from 1934 - which was the sole source of water after the towers fell. Federal grants led to new vessels and much needed upgrades.

"A lot of people do not respect the danger of the NYC harbor," Simpson explained. Emergencies on the water are increasing because there is a lot more activity all along the coast.

New York waterways are busier than ever before. From loaded up ferries to commercial boats to recreational jet skiers to bridge emergencies. The FDNY has come to the rescue for more than just boat fires.

Simpson says "we go out on the water when the hudson is dangerous. High waves, cold weather, ice, fog with limited visibility - nothing stops them from going to the rescue. They even join forces with other agencies along NY's waterways.

The kayak rescue in 2016, the East river sea place crash in 2017, the helicopter crash in April of 2018, and many others dating to the miracle on Hudson. FDNY Marine Unit was even e part of the space shuttle entourage.

120 FDNY make up the marine unit. They cover 560 miles of coast line - the Hudson, the East river and the bay.

Meteorologist Amy Freeze went on board to see the new technology. Lt Tom Guerriere was in the Bronx - he says going hi-tech makes the effort more efficient and more effective.

"We can see infrared we can penetrate fog," said Guerriere.

"W can find the vessels - especially when they don't even know where they are. Using high tech equipment, when it would have taken hour - we can locate those in distress much faster," said Guerriere.

Nicholas Cea, Marine Engineer company 6, gave Amy a look below deck of this 98,000 pound boat. There's 3,500 horse power which takes the boat to 42 knots. Fast response is what they want!

Not just SPEED but also MORE power to shoot water thousands of gallons a minute as far as 66 feet high in the air.

Engineer Cea says with both pumps online 6-7000 gallons of water is pumped to the top of the boat for the water cannons.

"A lot more activity the last decade on the water jet ski and kayakers and pleasure boats. As well as Commercial traffic with one of the busiest ports in the world for commercial traffic," Chief Frank Simpson said. 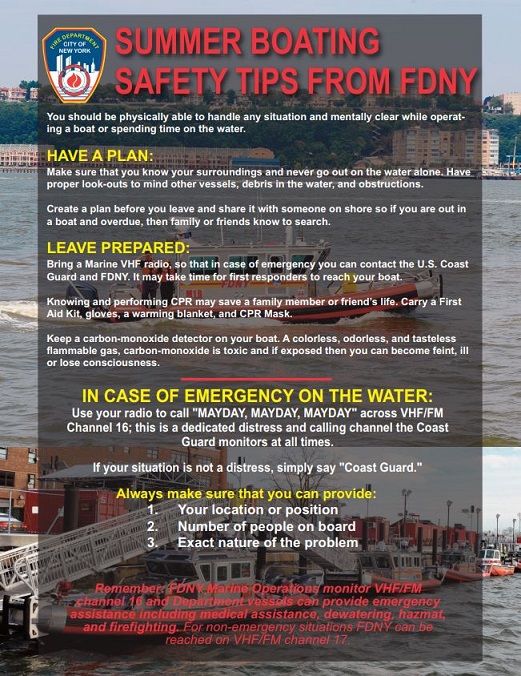 Fdny marine units are also certified for ambulance transport and outfitted with scuba rescue gear. There are unspoken capabilities for homeland security which were part of the federal grants post 9/11 to fund the boats.

It's a whole operation that is there if they are needed, but FDNY suggests that boaters become more aware on their own - always being prepared when you venture on the water.

Suggesting you should be able to secure yourself with a way to communicate with coastguard - not just cell phone, have a compass and become familiar with surroundings by taking a take basic boating course.

But no matter what, FDNY Marine Ops is here for you 24-7.
Report a correction or typo
Related topics:
manhattannew york citynew yorkfdnywater rescuefire departmentsfirefighters
Copyright © 2020 WABC-TV. All Rights Reserved.
FDNY 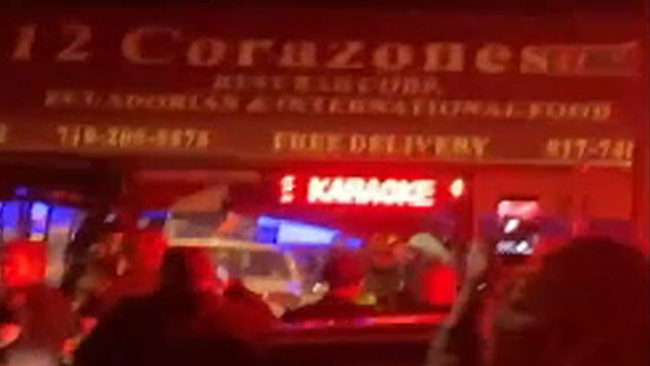 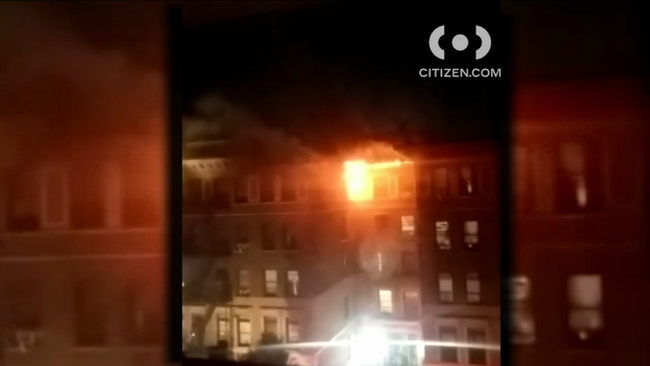