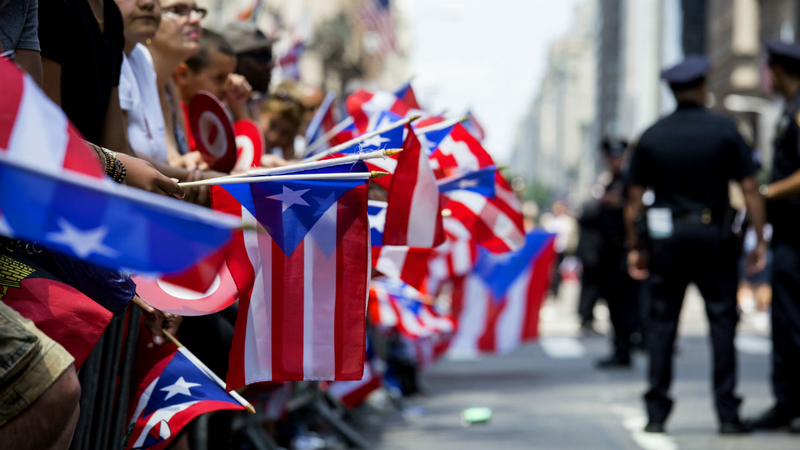 This year's parade will take on a more profound meaning as the island continues to struggle and recover from Hurricane Maria.

This year's honorees include first responders and other local heroes who have demonstrated a commitment to helping Puerto Rico recover.

"Over the past 8 months, we witnessed countless first responders, community organizations and everyday good Samaritans act in remarkable ways to help provide humanitarian aid," board member Lorraine Cortés-Vázquez said in a statement. "This year, we will honor many of the heroes in the ongoing recovery, rebuilding and renewal effort."

The Parade Board will recognize David Begnaud, CBS News Correspondent, for his award-winning reporting of Hurricane Maria and documenting the recovery efforts. He will receive the special title of Campeón Puertorriqueño (Puerto Rican Champion).

In addition to the honorees mentioned above, the NPRDP is proud to announce the following individuals that will also be honored in the 2018 celebration:

The National Puerto Rican Day Parade will be held Sunday, June 10. WABC is proud to be the English broadcast partner for the parade.