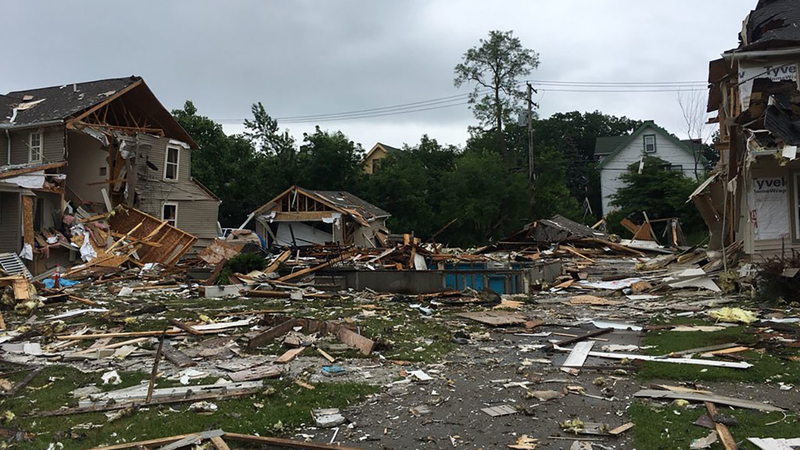 EAST CLEVELAND, Ohio -- One person is dead and another injured after an explosion destroyed a house in East Cleveland.

First responders were called to the home in the 1000 block of East 125th Street on Sunday afternoon, and fire officials said they found one deceased female and a male who sustained multiple burn injuries.

Photos from the scene showed what appeared to be the foundation of a home surrounded by a field of debris. The blast visibly damaged several neighboring homes, blowing out windows and causing other forms of structural damage to nearby houses.

East Cleveland Deputy Fire Chief Robert Benjamin said the gas had been turned off in the area and several neighbors had been evacuated.

The cause of the explosion is still under investigation. Benjamin said he believed the neighborhood was "under normal activities" prior to the blast.
Report a correction or typo
Related topics:
ohioexplosiondestroyed homesu.s. & world
Copyright © 2021 WABC-TV. All Rights Reserved.
U.S. & WORLD