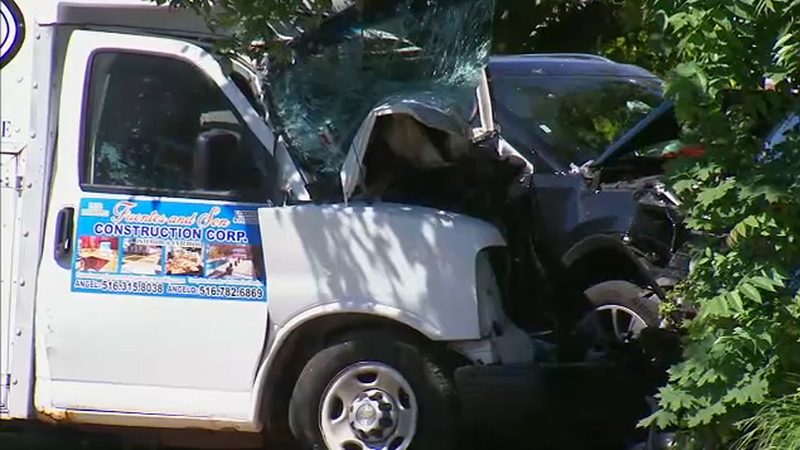 Police fire at suspects who tried to hit officer with SUV

HEMPSTEAD, Long Island (WABC) -- Police fired shots at a pair of suspects who allegedly tried to hit an officer with a stolen car on Long Island Tuesday morning.

The suspects then crashed into a box truck, seriously injuring the driver, before being apprehended.

The incident started just after 7 a.m., when Hempstead police received a report of a stolen vehicle in the vicinity of Front Street.

During the course of the investigation, a police officer on foot confronted the stolen vehicle. Authorities say the driver of the SUV attempted to flee and almost struck the officer.

Two shots were fired by police, but no injuries were reported.

Authorities say the SUV hit several parked cars and eventually crashed into a box truck at Westbury and Fairview boulevards.

The driver of the box truck had to be extricated and suffered a broken leg.

The suspects were taken into custody, and charges are pending.

The police officer was not injured.