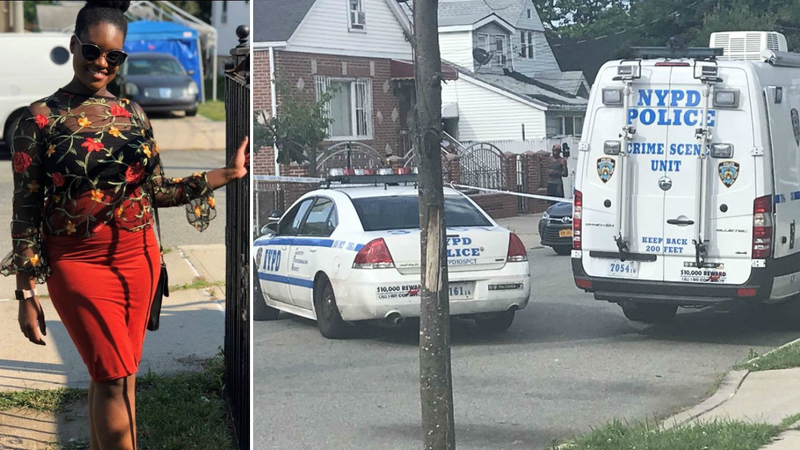 Search on for killer after Queens woman strangled

BROOKVILLE, Queens (WABC) -- A 29-year-old woman was found murdered in her own bedroom in Queens.

Police say that Samantha Stewart was discovered inside a home on 145th Road in Brookville late Tuesday night.

The nurse suffered trauma to her neck and head. The cause of death was ruled to be manual strangulation and deemed a homicide.

Police say there were no signs of forced entry.

Detectives say they are actively searching for the woman's boyfriend, who was seen on surveillance leaving her house before she was discovered.

"She has been the shining star in this family," said the victim's aunt, Ruby Dixon.

"She was very sweet, beautiful and charming," said her father, Kenneth Stewart. Police say he found Samantha strangled in her second-floor bedroom after she didn't return phone calls.

"I turned her over trying to shake her and say Samantha and no response. She was dead," Kenneth Stewart said.

Samantha had gone to college, become a registered nurse, and worked the overnight shift at North Shore University Hospital on Long Island.

"I know the patients she worked with, they had the joy of having a loving nurse," Dixon said.

Now the grief-stricken family is searching for answers.

"Why, why has he done this to us, why, what's his reasoning," said Dixon.

Stewart's family said they have no idea who her boyfriend is and don't even know his name.