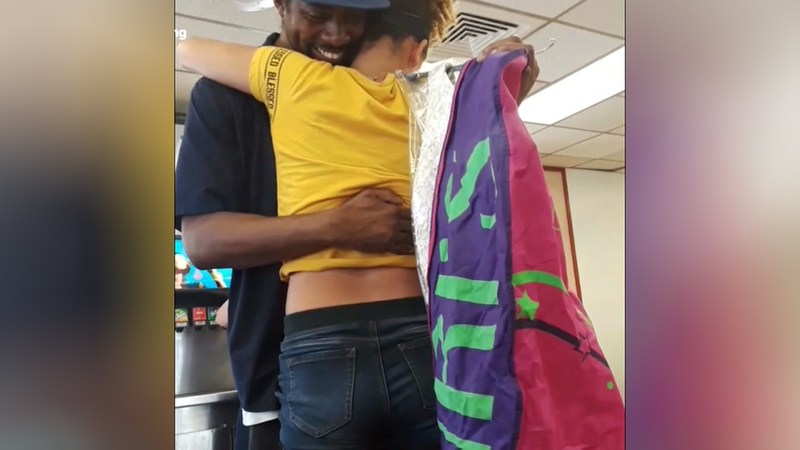 PITTSBURGH, Pennsylvania -- A hard-working Pittsburgh father is going viral after a heartwarming video shows him surprising his daughter with her dream gift.

His 14-year-old daughter Nevaeha needed a dress for her eighth grade dance. She found one, but it was nearly $200.

Smith worked extra hours to buy his daughter's dream dress, but he didn't tell her what he did right away.

"I was working at McDonald's that day and put the dress in the back and she came, and I brought it out and told her that her grandmother bought it for her," Smith said.

Nevaeha said she assumed it would be what she called an "old lady dress," because she was under the impression it came from her grandmother.

It turns out the dress was the exact one that she wanted.

Nevaeha broke down in tears, saying she was thankful for her dad's gesture.