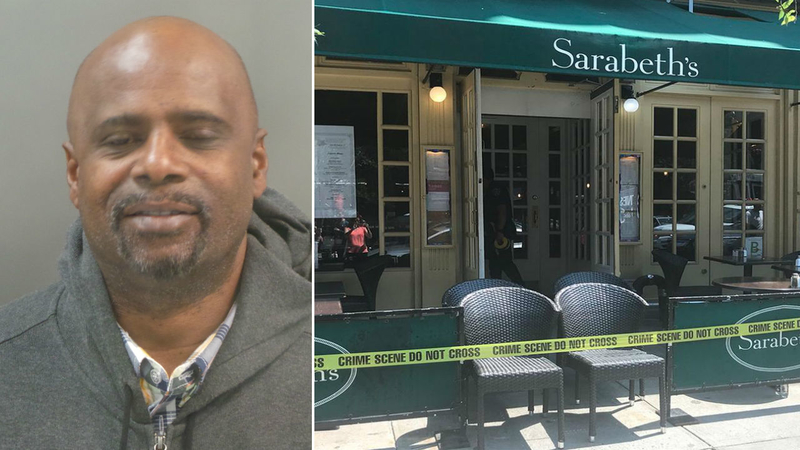 Man who jumped out of restaurant freezer accused in Boston murders

UPPER WEST SIDE, Manhattan (WABC) -- The man who died after attacking restaurant employees when he jumped out of a freezer this weekend was accused of two murders in Boston.

The NYPD says the incident happened at about 11 a.m. at Sarabeth's Restaurant on Amsterdam Avenue at West 80th Street on the Upper West Side.

After employees opened the restaurant Sunday morning, they made their way to the walk-in freezer in the back.

When they opened the door, police say 54-year-old Carlton Henderson jumped out with a knife yelling "Away Satan!" and began fighting with the startled employees, who were able to subdue him.

Henderson, who was from Arizona, suffered an apparent heart attack and died.

Up until last week, he was sitting in a Boston jail in connection with a 30-year-old cold-case double murder.

Officials confirmed Henderson was charged with two counts of murder for his alleged role in the 1988 homicides of William Medina, 26, and Antonio Dos Reis, 22, in Boston. He was indicted for the crimes in June of 2017.

He had a court date scheduled for next week in Massachusetts. But his defense attorney says the court had given him permission to leave the state and visit a sister in California.

That's where he was headed when he decided to make a stop in New York City Sunday without telling his attorney.

Just days before Henderson had been released from jail without bail in Suffolk County, Massachusetts, where he was facing two first degree murder charges for the two execution style killings 30 years ago.

Medina and Dos Reis were shot while sitting in their car.

Henderson had a rap sheet that somehow connected him to crimes and civil judgments in six states.

For years, he'd lived in Arizona, far away from Boston and detectives working the case.

Then last year he was picked up in St. Louis, Missouri on a drug charge, and extradited back to Boston.

But Henderson's attorney got a key piece of evidence suppressed which led to Henderson's release and his trip to New York City, and Sarabeth's.

Sources said he has no criminal history in New York and they have not come up with any ties to the area.

Police said he checked into an Upper West Side hotel on Sunday morning before he was seen on surveillance video entering the walk-in freezer. Sources tell ABC News he was only in there a short amount of time when an employee opened the door.

He was pronounced dead at St. Luke's Roosevelt Hospital.

The restaurant was back open for business Monday and released the following statement:

"Yesterday an unfortunate incident occurred on the Upper West Side. We were closed while the police wrapped up their investigation. Our team handled this incident bravely and effectively and we were grateful that none of our employees or guests were injured. We're currently open and have gratitude to be able to be serving our guests again."