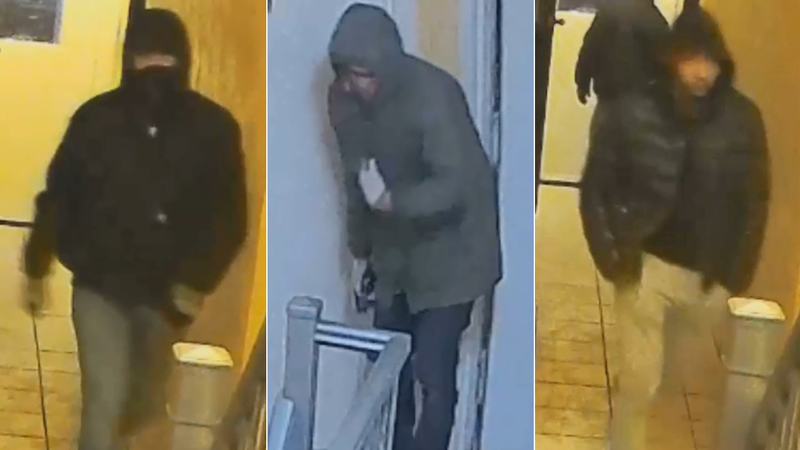 TREMONT, Bronx (WABC) -- Police are searching for the suspects behind a violent home invasion in the Bronx.

It happened just after midnight Sunday in the vicinity of Third Avenue and East 176th Street in the Tremont section.

Investigators say two men broke into the victims' apartment by pushing in a window-mounted air conditioner, while two other suspects got in through the front door.

Once inside, the thieves tied up four people and pistol-whipped one of them.

The suspects stole $5,000 in cash, cell phones and credit cards.

The 28-year-old man was struck in the head and suffered minor injuries. He was treated at the scene by EMS.