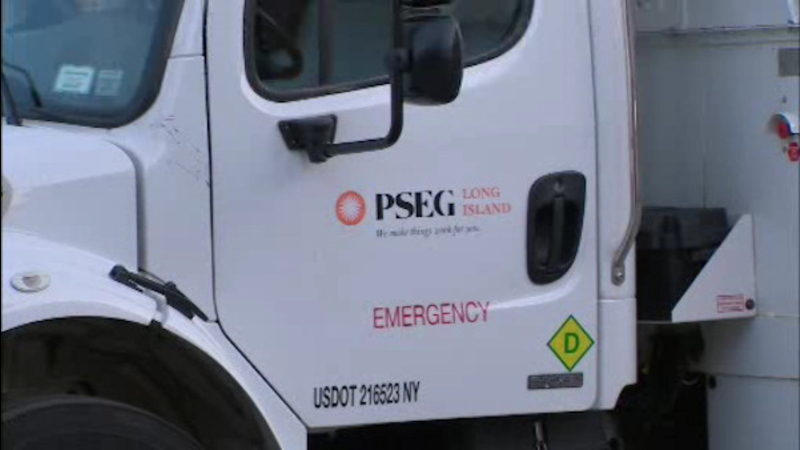 LEVITTOWN, N.Y. (WABC) -- People living on Long Island are in for a shock.

Another electric bill hike is coming for the seventh time this year from PSEG Long Island.

Ed Dannen already pays more than a $130 per month to PSEG Long Island, so what's another $10 or so, right?

"I'm not happy about it, because naturally if you have to pay more you have to make a few financial sacrifices," Dannen said.

The electric utility says power bills are going up this month, but that it's something PSEG Long Island can't control. The cost is not a rate hike, it's a supply cost for the natural gas to run their power plants.

"It's a direct pass through, so we don't make a profit on the power supply charge. It's exactly what customers use for the month," said Elizabeth Flagler, of PSEG Long Island.

Basically, what starts out as an estimate changes by the end of the month. Trouble is it's the seventh time PSEG has had to hike this charge this year.

The average power bill of about $72 dollars is set to go up this month to nearly $83. For some it's a damper on the holidays, or at least a delay in the Christmas lights!

People were even less pleased when their bills came from LILCO and LIPA. So for them, there's at least been a step up in service, for what they're paying.

"Now if we have a big storm and lights go out for a while I'll change my point of view, but so far, it's been ok," Dannen said.

Although the timing of the cost is something they could clearly do without.

"But to make anything higher during these times when we're all struggling, stinks," Dannen said.