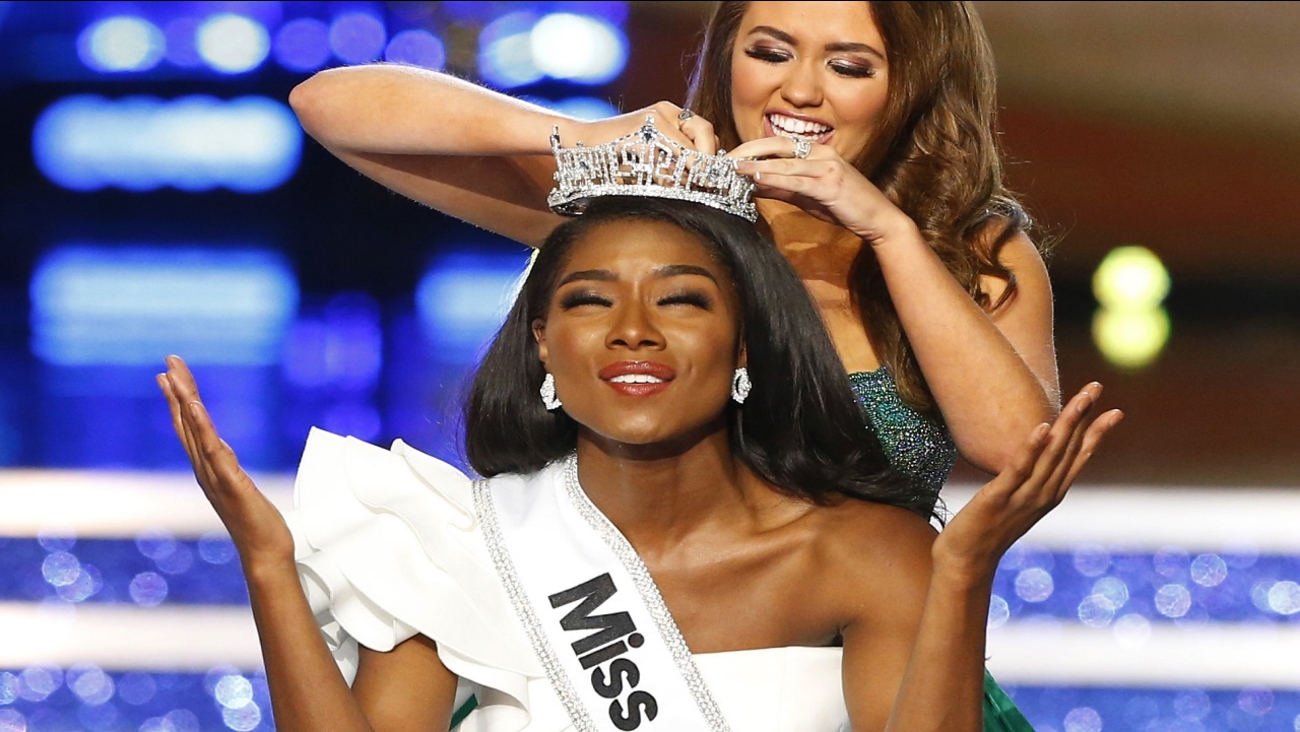 Her victory Sunday night resurrected a string of successes the Empire State has had in the pageant in recent years. Mallory Hagan, Nina Davuluri and Kira Kazantsev won the title from 2013 to 2015 competing as Miss New York.

A classical vocalist whose pageant platform is "advocating for the arts," Franklin sang an operatic selection from the opera La Boheme on Sunday night.

She won a $50,000 scholarship along with the crown in the first Miss America pageant to be held without a swimsuit competition.

Franklin said during her onstage interview that she was one of only a small number of minority students in school growing up, but used her love for music and the arts to grow and fit in.

The judges narrowed the field of 51 candidates during the pageant Sunday night from Jim Whelan Boardwalk Hall.

The decision to drop the swimsuit competition created a good deal of controversy and criticism of current Miss America leadership. Minutes before the nationally televised broadcast began, a comedian warming up the crowd mentioned that there would be no swimsuit competition this year, and was met with loud boos in the hall.

The swimsuits have been replaced by onstage interviews, which have generated attention-grabbing remarks from contestants regarding President Trump, and NFL player protests, among other topics.

In her onstage interview Sunday, Miss Massachusetts Gabriela Taveras said people should put their social media devices down for a while.

"We're starting to look at people as Democrat or Republican, black or white. We're not just one kind of people. We are a multi-faceted people."

Behind the scenes, a revolt is underway among most of the Miss America state organizations who demand that national chairwoman Gretchen Carlson and CEO Regina Hopper resign.

The outgoing Miss America, Cara Mund, says the two have bullied and silenced her, claims that the women deny.

Upon taking over at the helm of the Miss America Organization last winter following an email scandal in which former top leaders denigrated the appearance, intellect and sex lives of former Miss Americas, Carlson and Hopper set out to transform the organization, dubbing it "Miss America 2.0."

The most consequential decision was to drop the swimsuit competition and give the candidates more time to talk onstage about themselves, their platforms and how they would do the job of Miss America. Supporters welcomed it as a long-overdue attempt to make Miss America more relevant to contemporary society, while others mourn the loss of what they consider an integral part of what made Miss America an enduring part of Americana.

Unhappy with how the decision was reached, as well as with other aspects of Carlson and Hopper's performance, 46 of the 51 state pageant organizations (the District of Columbia is included) have called on the two to resign.

Adding to the intrigue was a remarkable letter released by Mund, the outgoing Miss America, who said Carlson and Hopper had bullied, silenced and marginalized her. They deny doing any of that, saying they have been working tirelessly to move the organization into the future.

Mund only appeared at the very end of the pageant before the next winner was crowned. She was not allowed to speak live; instead a 30-second taped segment of her speaking was broadcast.