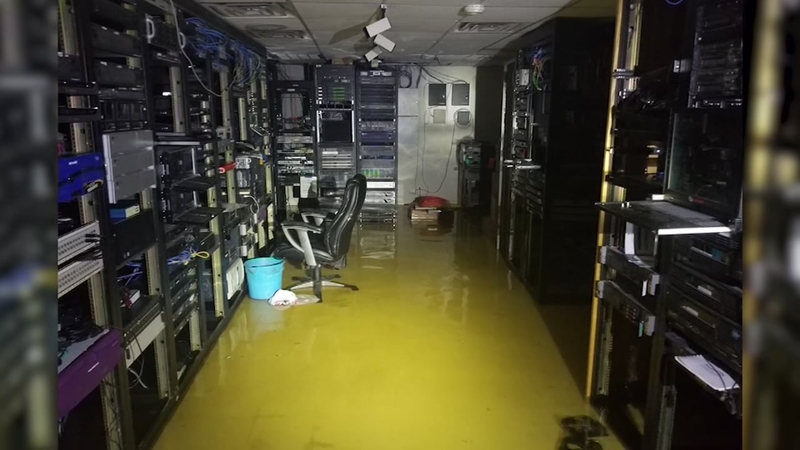 NEW BERN, North Carolina -- A North Carolina TV station had to evacuate its newsroom in the middle of Hurricane Florence coverage as floodwaters surrounded the building.

Employees at New Bern's WCTI-TV NewsChannel 12 had to abandon their studio for the "first time in history," the station posted Thursday night on Facebook. A spokesperson for the ABC affiliate said roads around the building were flooding.

The station's journalists were out in the weather Friday, reporting on the impact and posting updates to the station's Facebook page.

New Bern is a city along the Neuse River near the Atlantic coast, about 90 miles (145 kilometers) northeast of Wrightsville Beach, where Florence made landfall as a Category 1 hurricane at 7:15 a.m. Friday.

"When the conditions in the area intensified suddenly, we made the call to have our news staff evacuate the area and team up with our sister station WPDE in Myrtle Beach to continue covering the storm and providing our viewers with vital, potentially life-saving, information," General Manager Matt Bowman said in a statement posted to the station's website.

Video posted on Twitter showed a meteorologist telling viewers about the evacuation before walking off-screen. A Doppler radar picture in the background that kept rolling amid the silence showed Florence swirling toward the coast.

Just after midnight, the station tweeted that everyone had safely evacuated. "Little rough but we're all out," a tweet said.