WABC
NEW YORK (WABC) -- The Upper East Side clinic where Joan Rivers underwent a procedure right before her death has proposed a plan of correction to the federal Department of Health and Human Services.

The plan by Yorkville Endoscopy will include an unannounced survey conducted by federal officials.

If the survey finds that corrections have been made and Yorkville Endoscopy is in substantial compliance with federal regulations, the facility will no longer face termination of federal Medicare and Medicaid funding.

The clinic, in danger of losing its accreditation, is attempting to stay open following the investigation and negative publicity into Rivers' death.

The clinic has agreed to make sure "all individuals in the clinical areas have appropriate name tags" after the unauthorized presence of Dr. Gwen Korovin when Rivers was sedated.

The clinic also agreed to follow appropriate surgical protocols that were not followed in the case of Rivers and, document a "photo/filming policy" after the clinic's former medical director snapped a photo of Rivers while she was sedated with Propofol.

Specific details were not released.

The Centers for Medicare and Medicaid Services, the federal subsidiary of the Department of Health and Human Services that certifies ambulatory surgery facilities, notified the clinic that "Yorkville Endoscopy LLC no longer meets the requirements for participation as a supplier of services in the Medicare program."

Accreditation will be terminated January 7, 2015, unless the clinic can prove it has corrected the deficiencies, according to the state officials.

Rivers died in September after going into cardiac arrest during a procedure at the facility.

On Thursday, the New York City Medical Examiner released its report on the investigation into Rivers' cause of death, concluding that the comedy legend died from low blood oxygen during a medical procedure.

The report said the death was caused by "anoxic encephalopathy due to hypoxic arrest during laryngoscopy and upper gastrointestinal endoscopy with propofol sedation for evaluation of voice changes and gastroesophageal reflux disease."

The report said the manner of death is therapeutic complication.

The finding was that Rivers was sedated with propofol before she died of low blood oxygen during a procedure to treat voice changes and acid reflux.

Anoxic encephalopathy means that she did not have sufficient oxygen to her brain tissue for a prolonged period of time, which caused damage to her brain. 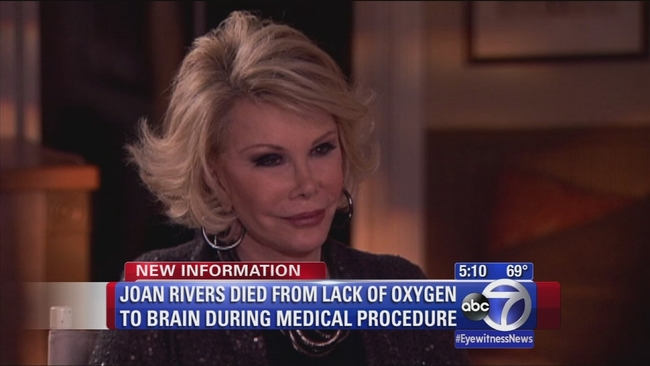 Medical examiner releases cause of death for Joan Rivers 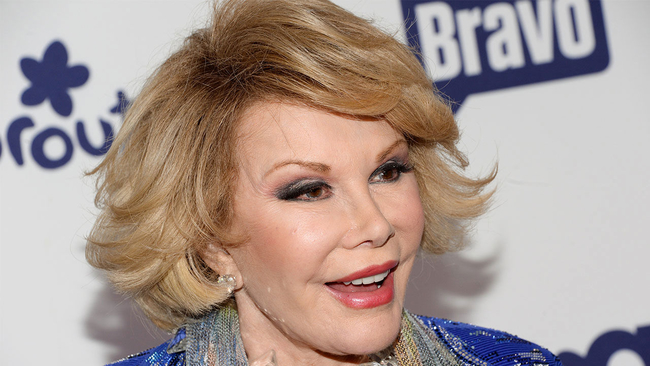 PHOTOS: Joan Rivers through the years 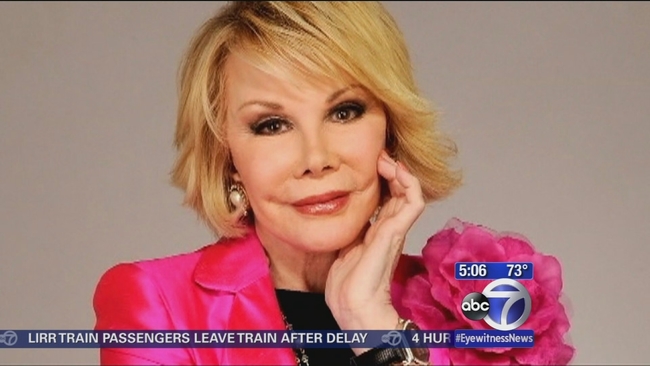 The life and career of Joan Rivers, dead at age 81 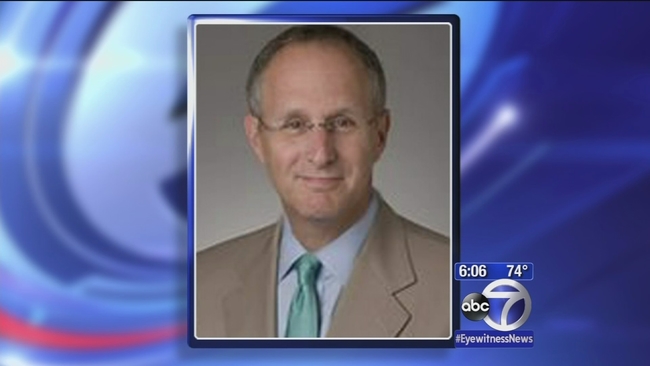