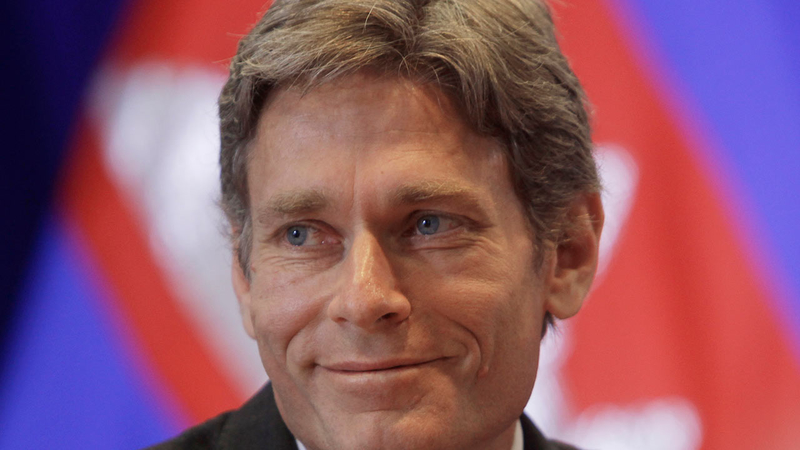 HUNTERDON COUNTY, New Jersey (WABC) -- Is a blue wave about to hit Washington?

Most political analysts like Nate Silver at FiveThirtyEight are predicting Democrats will re-take the House of Representatives in mid-term elections next month. They need to flip 24 seats from red to blue--the 7th Congressional District in New Jersey could be part of that wave.

The Republican Congressman in the 7th has been Leonard Lance since 2008. He calls himself a moderate conservative with a bi-partisan record and was one of 12 Republicans to vote against the recent tax bill because it reduces to just $10,000 state and local property tax deductions. That will have a huge impact on many New Jersey taxpayers.

"I know the district like the back of my hand because I've lived here my entire life," Lance said.

The Democratic Party challenger is Tom Malinowski, who has lived in Washington for many years, working as a diplomat. He was the Assistant Secretary of State for Democracy and Human rights in the Obama Administration.

"After the 2016 election, I felt it was time to step up and do something about the drift in our country under this administration," Malinowski said.

"He (Malinowski) is a complete and total carpetbagger," Lance responded. "He moved into this district a year ago."

"I haven't met a single voter in this district who can name a single thing Congressman Lance has actually achieved," he said.

The latest polling shows the race is essentially tied -- Lance with 45 percent and Malinowski with 44 percent in the latest NY Times poll. 10 percent are undecided.

Malinowski said Lance is part of the problem in Washington.

"(Lance) cannot promise if he is re-elected that he can change the direction the Republican Party is taking this country," Malinowski said. "They want to make the taxi bill permanent. They want to repeal the Affordable Care Act."

Even Lance admits the House may flip blue in November.

"My concern is that I don't want the House to move so far to the left as to be outside the mainstream," Lance said. "My opponent is far to the left."

Many voters in the 7th say they're voting for Malinowski because of President Trump.

"I don't like the state of politics now," one voter said. "I don't like what our country is going through, it's very sad to me."

When asked, "Do you blame Trump?" She paused and said, "Yes."