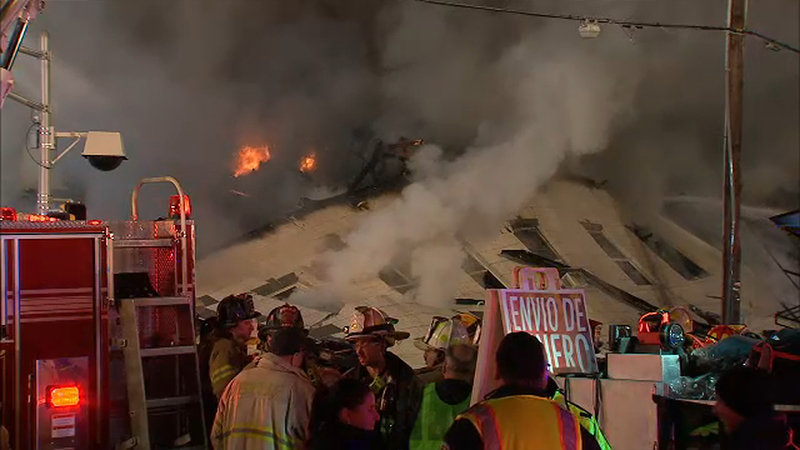 DOVER, New Jersey (WABC) -- A massive fire tore through buildings in the business district of a New Jersey town, causing four of them to collapse and displacing dozens of residents.