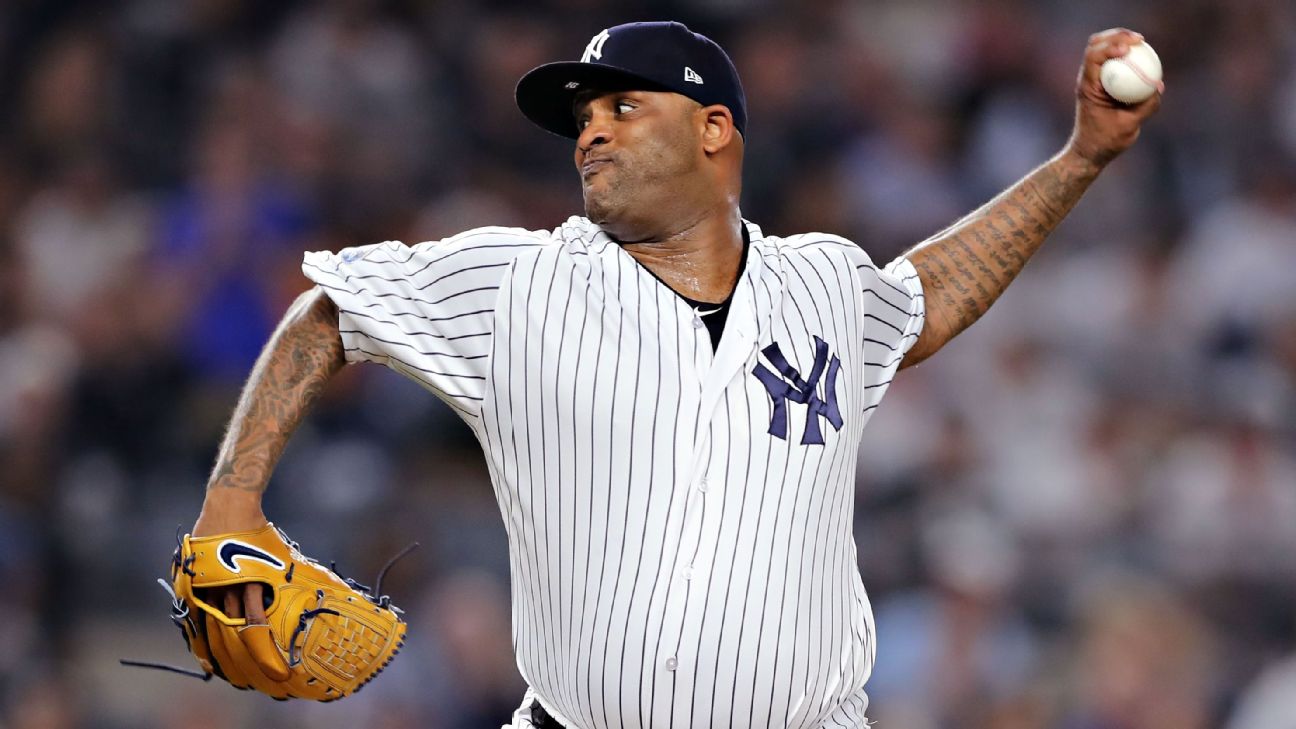 The New York Yankees have signed CC Sabathia to a one-year deal, as the veteran left-hander will return for his 19th -- and final -- season, he said Wednesday.

The contract is worth $8 million, according to ESPN and multiple reports.

The 38-year-old lefty has played the past 10 seasons of his 18-season career with the Yankees. In his announcement on Twitter, Sabathia said of the deal for the 2019 season: "This'll be it."

Sabathia went 9-7 with a 3.65 ERA in 29 starts last year for a 100-win New York club that lost in the American League Division Series to the Boston Red Sox.

Sabathia, who underwent right knee surgery in October, is one of just three returning members of the Yankees' 2018 rotation, joining Luis Severino and Masahiro Tanaka. Starter J.A. Happ is a free agent, and Yankees general manager Brian Cashman had said the team hopes to re-sign him, as well.

Cashman also is expected to pursue a group of free-agent pitchers that includes left-handers Patrick Corbin and Dallas Keuchel.