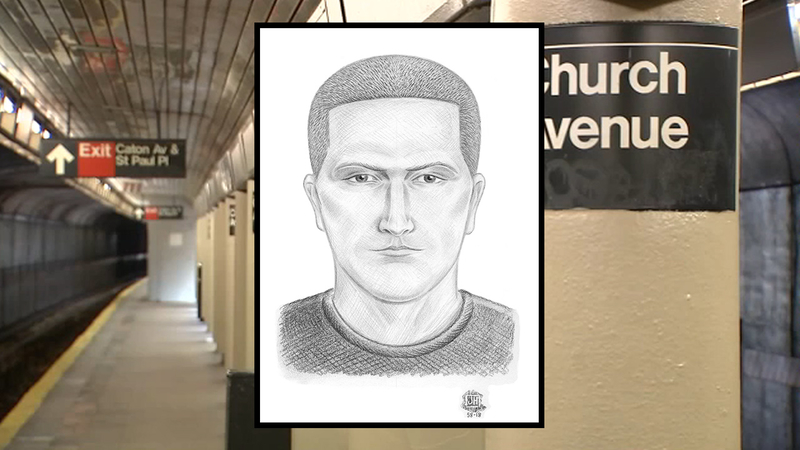 FLATBUSH, Brooklyn (WABC) -- Police are investigating as a possible hate crime an attack on a subway platform in Brooklyn.

It happened at 7:30 p.m. Friday at the Church Avenue subway station in Flatbush.

57-year-old Anne Marie Washington told police that as she stepped off a train she was approached by a white man in his 30s who uttered a racial slur and punched her in the mouth.

Washington, a mother of two, said she realized later that she had also received a stab wound in the chest during the incident.

The victim says she suffered injuries so severe, they required surgery.

"She's a strong woman," said her daughter Itisha Washington. "She's recovering. She had to have a chest tube put in. She's in a lot of pain."

The victim's family joined Brooklyn Borough President Eric Adams and other political and community leaders in urging the MTA to immediately release and circulate any images of the suspect to enable a speedy arrest, in a crime they say never should have happened.

"This is a mother who was assaulted for no other reason but based on what we hear and because of her ethnicity," said Adams. "That is unacceptable in this community as extremely diverse as it is."

The suspect fled on a Q line train. Police released a sketch of the suspect early Tuesday morning.

As for Washington, her family says she is still in the hospital, recovering from emergency surgery to repair a puncture wound to the shoulder and a collapsed lung, as they continue to demand justice.

"We can't allow this to continue to happen. It's heartbreaking," said the victim's son Anthony Washington.

"We want this guy caught and off the street," said Itisha Washington.

The Anti-Defamation League is offering a reward of up to $5,000 for information leading to the arrest and conviction of the attacker.

Anyone with information about the incident is urged to call the NYPD Crime Stoppers Hotline at 1-800-577-TIPS. 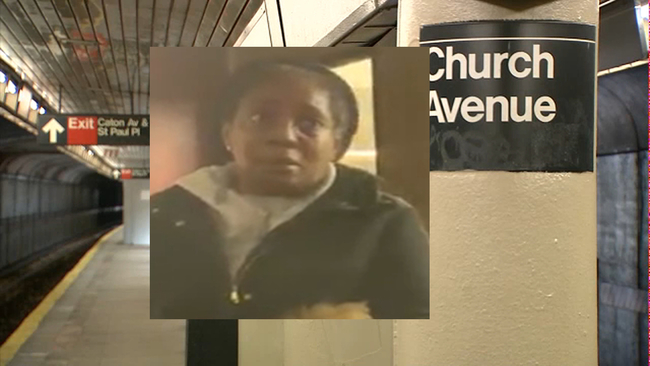