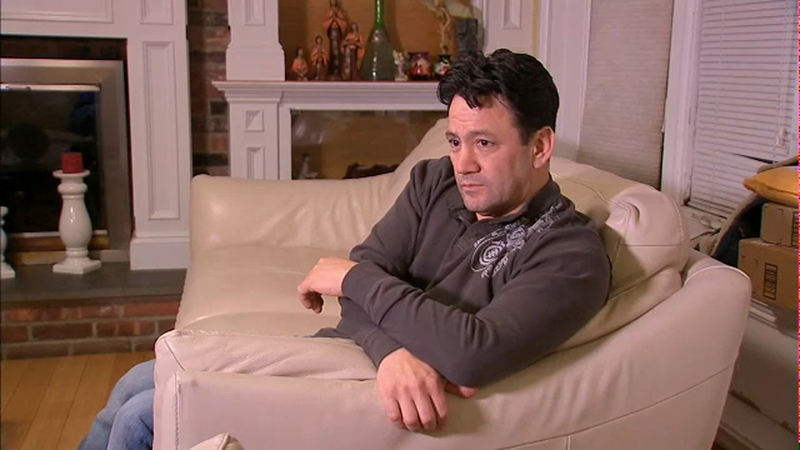 CENTRAL ISLIP, Long Island (WABC) -- An undocumented immigrant jailed and separated from his wife and two children for several months has been reunited with his family after a judge agreed to release him on bail.

There was happiness and joy Wednesday for Yeny Iniguez and her sister-in-law Rosa Orellana.

An immigration judge approved a $4,000 bond that clears the release of their husband and brother Felipe Iniguez from an Orange County jail.

"Oh my God, I didn't know if at the time to cry, to scream, to laugh. Oh my God, I was in shock," said Rosa Orellana.
EMBED More News Videos

Joe Torres reports on a detained immigrant from Long Island who will now be released.

It was back in May when a village of Lloyd Harbor police officer stopped the undocumented Ecuadorian immigrant for a burned-out headlight.

Three months later, ICE agents detained Iniguez on a deportation order dating back to 2001, an order he never knew about.

"It's a feeling I can't even express," said Felipe. "Like, what's going on with me?"

"All the papers were given to the INS, pre DHS, said that he was going to be living in Patchogue. So he actually never got notice," said immigration attorney Eric Horn.

After his months behind bars, Iniguez knows one thing about jail. "It's a place I don't belong," he said.

Iniguez lives in Central Islip. He's married, works as a carpenter and pays his taxes. Furthermore, says his lawyer, his petition for legal residency has been progressing for more than a year.

"What we want is to give us the opportunity to continue with his case so that he could legalize his situation here", his wife told us in Spanish outside federal court Wednesday afternoon. "That's what we want."

Iniguez said he is hopeful his family's nightmare is over.

"I came here like most immigrants have been doing for hundreds of years, search for a better life." ("Did you find it here?", we asked.) "I think I did," he said. "I think my dream is still on."