Lane: Must be physical with Gronk 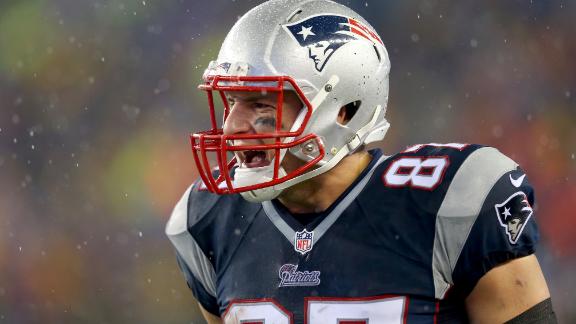 "I actually don't think he's that good," Lane said. "He's OK. He does have a big body. But from what I've seen on tape, he doesn't like you putting your hands on him. So if we put our hands on him and shake him up a little bit, he won't catch that many balls."

Gronkowski took the high road Friday when asked what he thought of Lane's comment.

"Everyone's entitled to their own opinion," Gronkowski said. "They've got a great defense overall. We've got to be worried about their whole defense. We've got to be sure we practice hard, prepare hard all week so we're ready to roll."

Gronkowski (6-foot-6, 265 pounds) is a three-time All-Pro selection, including this season when he caught 82 passes for 1,124 yards and 12 touchdowns. But Lane said the key to stopping Gronkowski is hitting him at the line of scrimmage.

"Yeah, but that's always our key every week, putting our hands on the receivers," Lane said. "It's definitely an issue with him from watching tape."

The Patriots often line up Gronkowski in the slot, which means Lane could be lined up against him.

"I'm good no matter who's lined up there," Lane said. "But [the Patriots] try to do things like line a bunch of ineligible guys out there to get you confused. We have a plan for it."

Lane said his main plan for the Super Bowl is the same as any other game, as far as coverage goes.

"Most of the time, if you look at the quarterback throw it, you'll look at the receiver catch the ball," Lane said. "[Seahawks defensive backs] coach [Kris Richard] always reminds us of that. Keep your eyes on your luggage. That's what we call it. Keeps your eyes on your man, and everything else will take care of itself."

Information from ESPNBoston's Kyle Brasseur was used in this report.