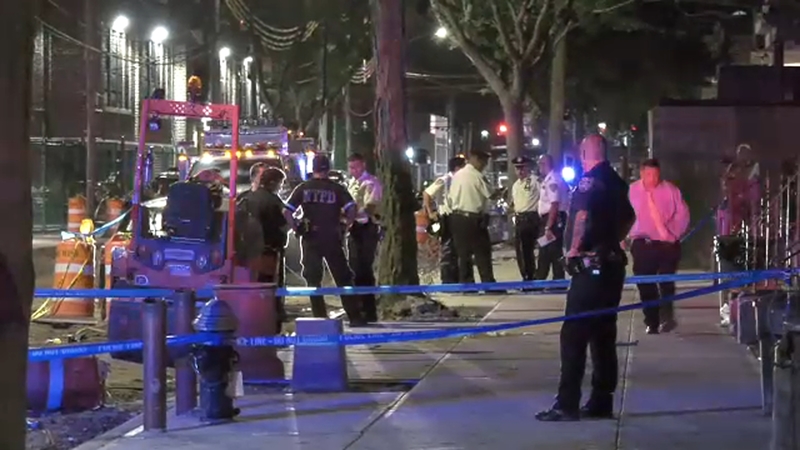 CONEY ISLAND, Brooklyn (WABC) -- Police are investigating five homicides in New York City in a 24-hour span, including the deaths of two men in Coney Island.

Authorities say it is unusual for so many killings in such a short period of time in the nation's safest big city.

This most recent shooting happened just after 10 p.m. Tuesday, when the two victims -- 27 and 38 years old -- were standing outside when a gunman approached and opened fire.

They are in the process of notifying the families of the men killed, and no arrests have been made.

Detectives are still trying to determine the motive, and they are trying to see if there is any connection to gang activity.

Also Tuesday, a man was shot at Sutter Avenue and Union Street in Brownsville, Brooklyn. Police said 28-year-old Arsenio Gravesande died at the hospital around 9 p.m.

"Just like they want to pass laws for mass shooting, we want laws for what's going on in our neighborhoods," the victim's aunt, Carolyn Dixon said. "Because if you look here, we don't have no stores to buy no guns. Do something about the trafficking of these guns that's coming in here to our communities, killing our kids."

An hour earlier, around 8 p.m., 25-year-old Gregory Haskins was fatally shot outside his home in Jamaica, Queens.

There is a growing memorial at the scene for the man called "Three," because he was the youngest of three children. His Godmother, Judy Heyward, was the last to see him alive.

"He pretty much died right in front of me," she said. "Greg was a great child, a great child. His mother will be forever traumatized, forever be traumatized. Where's the resources for that?"

Lastly, just before 12:30 a.m. Tuesday, an 18-year-old man identified as Angel Nixon was fatally shot during a street dispute, also in Jamaica.

"I'm just tired of people killing one another for no reason," Jamaica resident Uwin Farquharson said. "What's the purpose of this murder? It's never that serious. Now somebody just lost their life, for what?"

The investigations are ongoing. On Thursday, police announced that Jermaine Orr had been arrested in Nixon's murder.