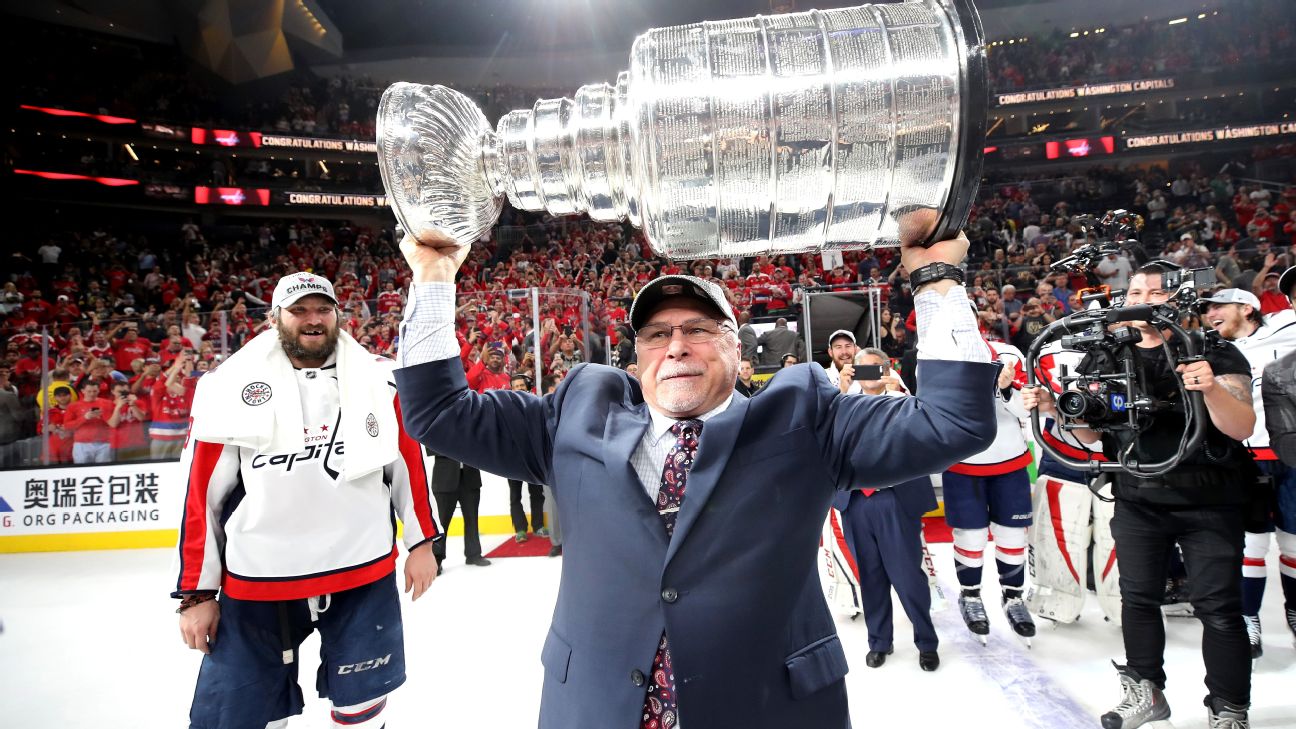 ESPN
By Emily Kaplan
Former Washington Capitals coach Barry Trotz will return to Capital One Arena on Friday for the first time with his new team, the New York Islanders. During the game, the Caps have a video tribute planned for the coach who helped the franchise win its first Stanley Cup last June. That's not a surprise to fans -- but apparently it is to Trotz.

"I wasn't there long enough," Trotz told the Washington Post. "I don't think I should get a tribute video."

Trotz coached the Capitals for four seasons, in which the team went 205-89-34 -- the best record in the NHL in that span. He won the Jack Adams Award as the league's best coach in 2016. But Trotz resigned from the Capitals in mid-June, less than two weeks after winning the Cup, due to a contract dispute. Trotz, the hottest free-agent coach on the market, quickly landed a job with the in-division Islanders.

Before joining Washington, Trotz coached for 17 seasons in Nashville.

The Capitals promoted assistant coach Todd Reirden and have showed no sign of a Cup hangover. As of Thursday, Washington had the second-best record in the Metropolitan Division, going 27-14-5 through 46 games. Alex Ovechkin has not lost a step, leading the league with 33 goals.

Right behind the Caps in the Metro Division standings are the Islanders, who are one of the surprise stories of the NHL season. New York lost its franchise center, John Tavares, in free agency but finds itself in a playoff position thanks to improved goaltending and defense; a structured defensive system is one of Trotz's hallmarks as a coach.

Reirden confirmed the tribute video on Wednesday during a radio interview with 106.7 The Fan.

"You can't say enough about Barry and the impact that he had as the head coach," Reirden said in the radio appearance. "I wouldn't be here in this organization if it wasn't for Barry, so I have a ton of respect for him. But that being said, we would really like to use that as a time to respond to our little rough patch here and make sure that we're ready to finish the final four games the right way here before the All-Star break, so it's an important game for us."

It was believed that Trotz did not have a contract for after the 2017-18 season, but his contract actually included a two-year extension that would be triggered should the coach win the Stanley Cup. That extension -- which sources say was a modest raise to Trotz's $1.5 million salary -- was negotiated in 2014, before salaries for coaches in the NHL skyrocketed thanks to megadeals for Mike Babcock and Joel Quenneville among others.

Trotz tried to renegotiate his deal with the Capitals, but the sides were not able to come to an agreement.