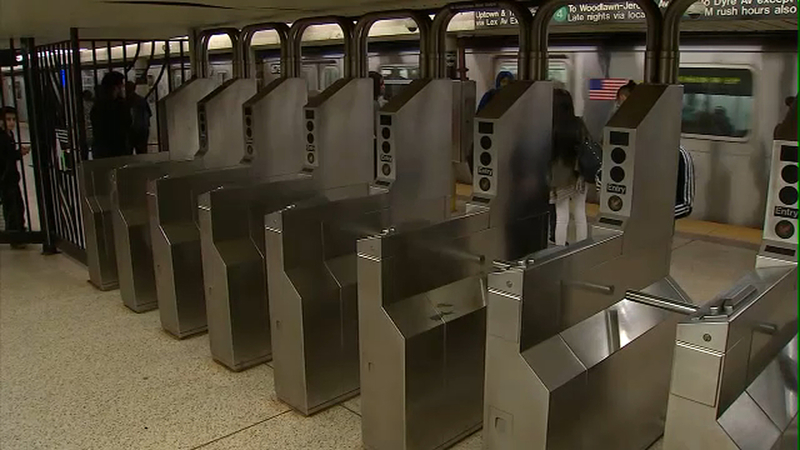 A vote for higher fares is set for Thursday but the governor is now campaigning for fares not to go up.

"Don't raise the fare. It's already a hardship, and we struggle every day!", one rider told the MTA board.

The pressure is building on the MTA as board members struggle with a painful choice.

The agency is feeling the heat to hold the line on the transit fare not just from the riders. It's also coming from Cuomo.

His spokesman told Eyewitness News, "Governor Cuomo believes there should be no fare increases. Period."

The MTA is facing a deficit of $1 billion due, in part, to declining ridership. Raising the fare to $3 is one option to avoid drastic service cuts at a time when service is finally improving.

But some have speculated that the governor is working behind the scenes to prevent a fare increase, urging board members to consider other options while pushing ahead for congestion pricing.

"Nobody wants a fare hike," said Lisa Daglian, an MTA watchdog with the Permanent Citizens Advisory Committee. "But the alternative is worse, service cuts, going back to the bad old days. Congestion pricing needs to pass, there needs to be another creative and reliable and sustainable funding source that comes in to fund the system."

"The MTA board will have robust discussion and decide on the best course of action," said an agency spokesman, "fare and toll increases as well as new, sustainable, adequate sources of funding in order to balance the budget while avoiding painful service cuts."