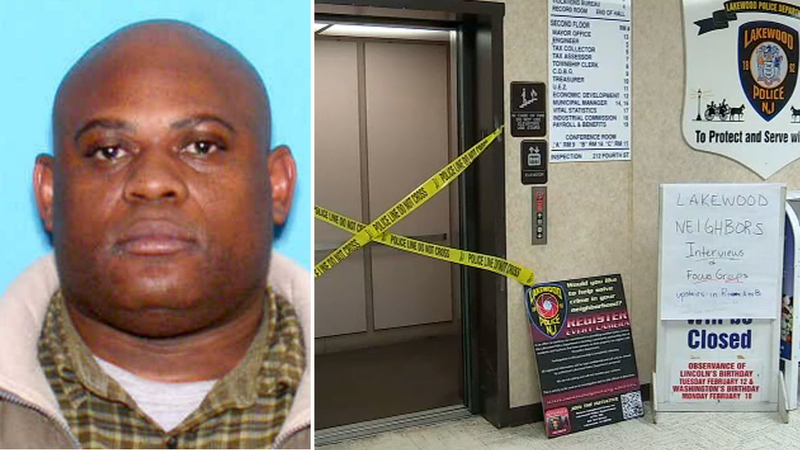 LAKEWOOD, New Jersey (WABC) -- A man is accused of stabbing a person at a New Jersey town hall in an apparently random attack before punching a police officer in the eye.

Officials said a victim was stabbed in what appears to be a random attack. Police were alerted to the scene via panic alarms and found a man sitting calmly on the building's second floor.

When police questioned the man, he stood up and, without warning, punched at least one officer in the eye, officials said.

The suspect, later identified as 47-year-old Reginald Patillo, resisted but was ultimately taken into custody, and a knife was recovered from his waistband.

After apprehending the man, police found the stabbing victim around the corner.

"There's nothing on the scene to suggest this was anything other than random," said Captain Greg Staffordsmith of Lakewood Police Department.

The victim was taken to the hospital with non-life-threatening injuries. The identity of the victim has not been released.

Patillo is facing charges of attempted murder, aggravated assault of an officer, resisting arrest and unlawful possession of a weapon.