1 man arrested after security incident at airport in Florida 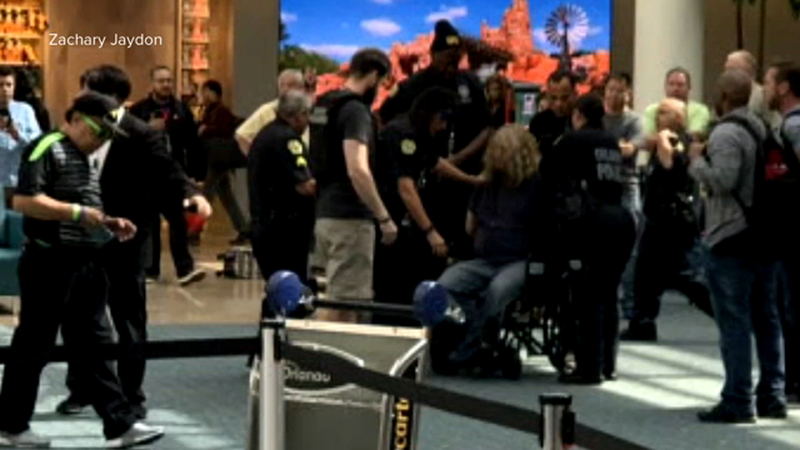 1 man arrested after security incident at airport in Florida

ORLANDO, Florida -- Authorities say a man was arrested after he attempted to breach a security checkpoint at a Florida airport.

In a tweet, Orlando Police said that as authorities attempted to arrest the man Saturday at Orlando International Airport, he reached into his pocket, prompting "unknown persons" nearby to yell that he had a gun.

Police said panic ensued, though there was no gun.

Sgt. Eduardo Bernal told the Orlando Sentinel the 37-year-old man was detained under a Florida law that allows for people to be involuntarily committed if deemed dangerous.

Charges of disorderly conduct and resisting an officer without violence are pending.

Airport spokeswoman Carolyn Fennell said screenings temporarily stopped at the checkpoint for gates one through 59.

Panic also ensued Feb. 2 when a Transportation Security Administration officer jumped to his death inside the airport.