WABC
By Eyewitness News
UPPER WEST SIDE, Manhattan (WABC) -- The FDNY had to rescue Housing and Urban Development Regional Administrator Lynne Patton from an elevator in a Manhattan NYCHA complex Tuesday afternoon.

Patton, who is staying in New York City public housing for a month to survey conditions, became trapped with several others inside the elevator on the 12th floor of the Frederick Douglass Houses on the Upper West Side.

The group had just finished looking at an apartment with an unusable bathroom on the 18th floor. That occupant hasn't been able to use her shower for two years.

Patton and the others were stuck for some 20 minutes until the FDNY could free them. Fortunately, no one was injured.

NYCHA officials said the elevator was overcrowded and that the alarm switch was accidentally hit. It did not need to be repaired, other than resetting the switch.

"Due to an overloading issue, the elevator stopped working for a short period," the agency said in a statement. "Staff were on site immediately and able to help everyone out after a few minutes. This breakdown represents the aging infrastructure we deal with daily and thank FDNY for their fast response."

The FDNY may have arrived in minutes, but more dire are the conditions in those 18th floor apartments, residents said. A 10-year-old named Wynter said scary, mystery bubbles come out of nowhere in their always-wet and leaking bathroom and bedroom.

Resident Jennifer Caban it's all patching and never a real fix, and that crews patching whatever they see ends in disaster.

There is no tile on the walls and no plumbing, and resident Thomas Gilbert has to take a shower every day using just a tiny sink.

Last week, Patton stayed with a family at the Patterson Houses in the Bronx.

She still has two more week-long stays scheduled at NYCHA housing complexes in the city.

Her mission is to monitor firsthand the issues plaguing public housing in New York City. She says the government gives NYCHA $30 million each week to keep things up and running, and she wants to know what's going on.

There have been high-profile issues with heat, lead paint, leaks, mold, mildew, a lack of repairs, and appliances that just don't work, and many tenants are fed up and are hoping Patton's visit leads to change. 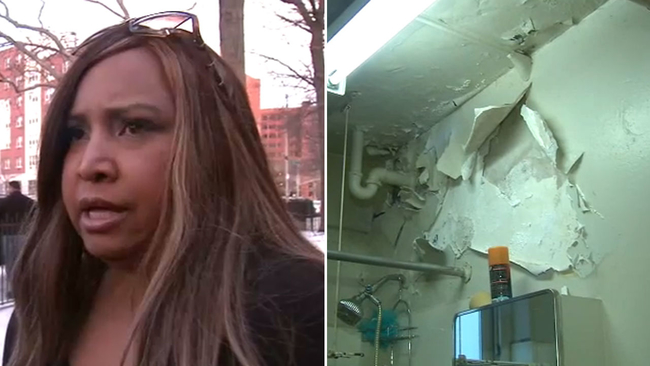 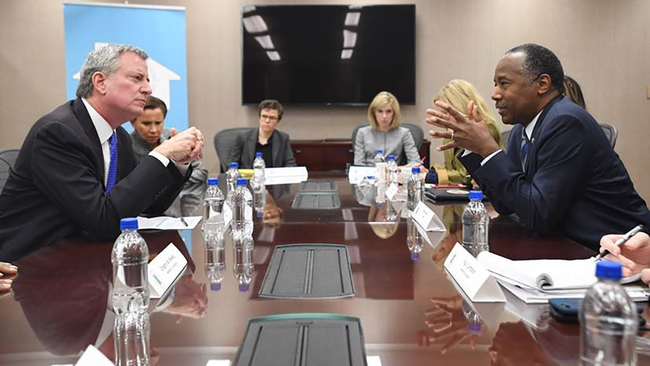