KTRK
SARASOTA, Florida -- A day after the sailor photographed in the iconic World War II embrace passed away, a statue commemorating the scene was spray-painted in red with "#MeToo."

On Tuesday, the police department in Sarasota, Florida posted images of the apparent vandalism on Facebook. The post stated the graffiti was found along the left leg of the nurse that was part of the "Unconditional Surrender" statue.

Officers were unable to find any spray paint cans around the statue and there was no available surveillance video of the incident, police said.

Police were called to the statue in the early morning hours Tuesday, but they believe the vandalism took place the previous mid-afternoon or evening.

Later Tuesday, the police department said the graffiti was removed from the statue. Police estimated the cost to cover up the spray paint at more than $1,000.

On Monday, news went public of the passing of George Mendonsa, who was the sailor seen kissing Greta Zimmer Friedman in the iconic 1945 V-J Day photo in Times Square.

Mendonsa passed away at 95.

In a 2005 interview with the Veterans History Project, Friedman, who was 21 in the photo, said she did not see Mendonsa coming up to her before the kiss.

"But it wasn't a romantic event," she recalled. "It was just an event of 'thank God the war is over' kind of thing because it was right in front of the sign."

She added that she was not aware that she was being photographed and that both she and Mendonsa immediately when their separate ways after the kiss. It wasn't until the 1960s that she first saw the photo.

The ecstatic sailor shown kissing a woman in Times Square celebrating the end of World War II has died. George Mendonsa was 95. 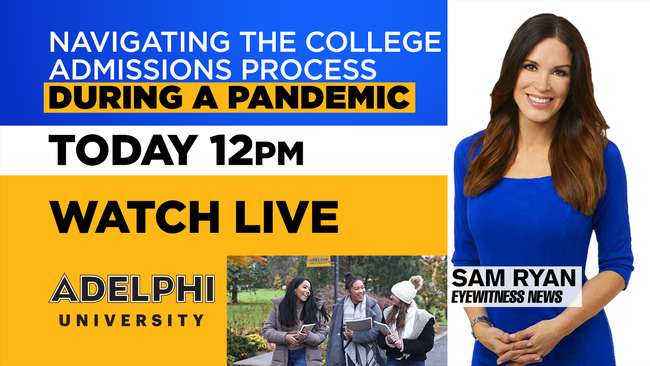