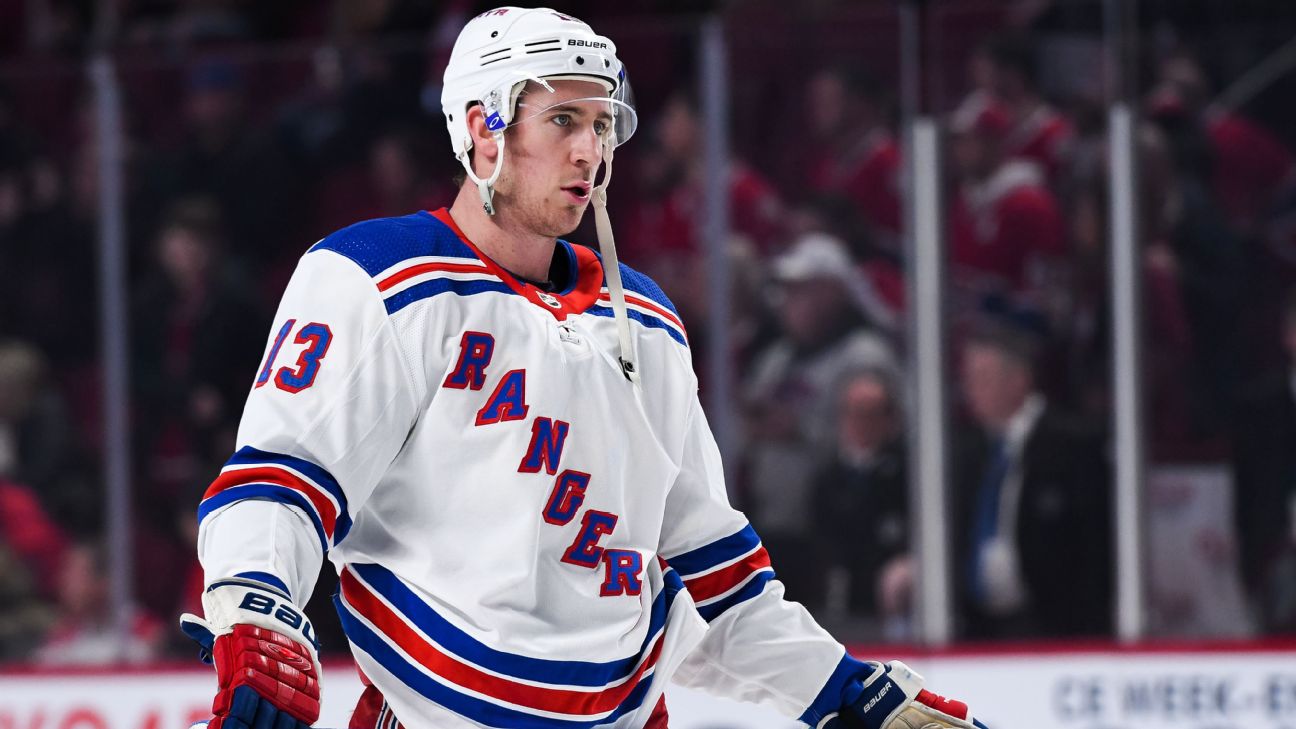 The New York Rangers have traded center Kevin Hayes to the Winnipeg Jets for a 2019 first-round draft pick, forwardBrendan Lemieux and a conditional fourth-round pick in the 2022 draft.

Hayes is expected to plug in on Winnipeg's second line alongside Patrik Laine; this is the second consecutive year the Jets have secured a second-line center at the trade deadline. Last season, Winnipeg acquired Paul Stastny from the St. Louis Blues -- a move that helped the Jets reach the Western Conference finals.

Lemieux, 22, is a son of longtime NHL player Claude Lemieux. He has nine goals and two assists in 44 games this season.

"I'm excited to get to Winnipeg and play tomorrow," Hayes told TSN. "I'm a forward who likes to pass first and make the guys around me a little better.

"I've been in New York five years and have made some pretty good friendships here," he added. "I'm sure Winnipeg will be just as fun."

The Rangers posted a tribute to Hayes.

And the Jets then posted a welcome.

According to TSN, the Rangers would only receive the 2022 conditional fourth-round pick if the Jets win the Stanley Cup this season.

The Jets were believed to be in on Ottawa Senators center Mark Stone, but the price tag was too high.

It's another step forward in the Rangers' rebuild. They also traded scoring winger Mats Zuccarello to the Dallas Stars over the weekend. At last year's trade deadline, the Rangers sent an open letter to their fans indicating they were retooling the team and some familiar faces could be leaving. Rick Nash, Ryan McDonagh, Dan Girardi, J.T. Miller and Michael Grabner soon hit the road.

With the Rangers hovering around .500 and well out of playoff position, tearing it down makes some sense. New York should also have considerable cap space this summer and could try to make one last run with 36-year-old franchise goalie Henrik Lundqvist.

The Jets are in first place in the Central Division with 78 points through 62 games.