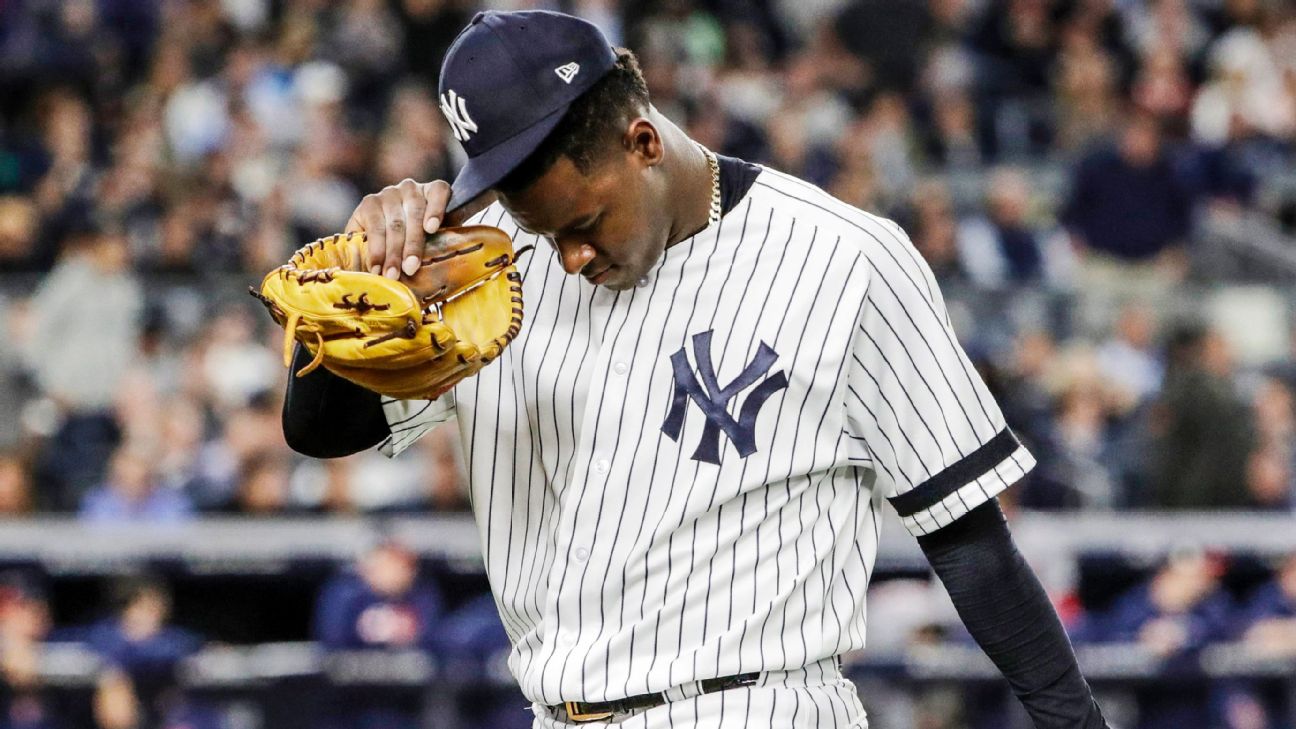 Severino will not be ready in time to start on Opening Day.The Yankees have not yet discussed who could replace Severino for that March 28 start, but Boone did say he felt the overall rotation would be well-covered with its current pitching depth.

He was a late scratch ahead of his scheduled appearance Tuesday against the Atlanta Bravesdue to right shoulder discomfort.

"When he was getting warmed up for the game, he just threw a pitch and felt something around the lat or back of the shoulder and just didn't feel right, so [he] walked off," Boone said during the telecast on YES Network. "He's going to see the doctor and get an MRI this afternoon and kind of hope for the best."

The start would have been Severino's first of spring training.

Minutes before the game, the right-hander was seen going through his normal warm-up routine in the outfield. After the national anthem and a delay of seven minutes, left-handed pitcher Stephen Tarpley jogged onto the field with the rest of the starting Yankees, replacing Severino and making the last-minute start.

It made for a "little chaotic" pre-game scene for Boone and his staff.

"Obviously, anytime a starting pitcher and a guy like Sevy walks off warming up for the start of the game, you always get worried and concerned about [his long-term health]," Boone said. "But it sounds like the shoulder's pretty clean, just inflammation issues."

Severino will be treated with anti-inflammatories and resume a throwing program in two weeks.

The ace of the Yankees' pitching staff, Severino went 19-8 with a 3.39 ERA last season. Earlier this spring, he signed a four-year, $40 million contract extension.

"Glad to hear the severity is not any worse," Happ said. "Obviously, it's a bummer -- your guy who you're probably assuming is going to get the ball in Game 1 to start the season. So if that's in jeopardy, then that's a bummer."

Center fielder Aaron Hicks, who signeda seven-year, $70 million extension last week, wasn't listed in the pregame lineup as he continues to recover from what the Yankees are calling back soreness.

Hicks hasn't played since last Friday, when he felt pain in his lower back after batting practice and during the game.

Boone had previously speculated that Hicks would return for Tuesday's game. Now, the Yankees believe it may be a few more days until they get him back into baseball activities. On Tuesday, Hicks was limited to only doing bike work.

"I feel good about the way I'm progressing," Hicks said. "It's a little slower than I wanted to be, but it's heading in the right direction."

Added Boone: "It's not something I'm too concerned about. This is kind of making sure we get it all out of there at this point in spring training. We're kind of more being cautious and smart with it."

Hicks has been on the disabled list during each of six of his big league seasons, nine trips in all for hamstring strains (three times), oblique strains (twice), shoulder, forearm and intercostal strains, and a concussion. 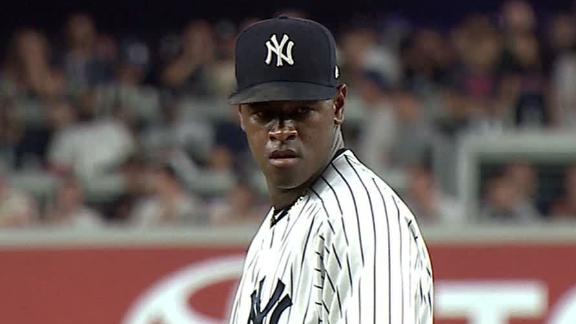